Fruit and vegetable restrictions in the Auckland suburb of Devonport could be lifted by the end of the week if no more Queensland fruit flies are found. 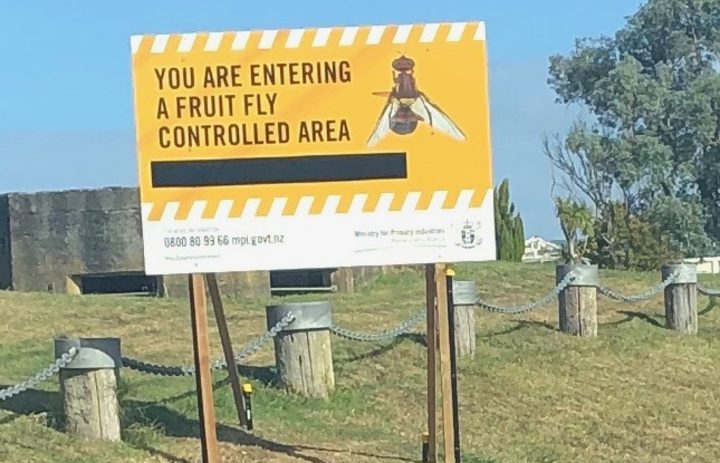 A third male fruit fly was found in Northcote yesterday about 100 metres near to where one was found last week.

But it has been two weeks since the first was found in Devonport, which could spell the end of the restriction zones.

Biosecurity staff are hunting through 3000 tonnes of produce for signs of a breeding population.

Biosecurity New Zealand's spokesperson Dr Catherine Duthie said 300 kilograms had been tested and so far there had been no larvae or eggs found.

It's unlikely flies will be found beyond the restricted zones, due to the number and positioning of traps, she said.

"These traps are very sensitive and we have a huge number of them now around the 200 metre initial find and out to 1.5km beyond the initial find.

"I would expect that, if they had spread any further, we would be finding them by now."

The flies could have arrived on one piece of discarded fruit, Dr Duthie said.

She is it was entirely possible the detections in Northcote are from the same source.

"The Northcote detection is interesting, as we found the first one and very shortly afterwards found the second one, it's entirely possibly they are from the same source, so this is not concerning at this point."

She said there was no evidence so far that the two discoveries in Devonport and Northcote were connected in anyway, but tests to determine this were continuing.