It's not just kapa haka drawing crowds to Te Matatini.

A special delicacy has got people at the world's biggest kapa haka festival especially excited. Golden Whitebait fritters, fried in fat and placed on white bread with butter have been flying off the shelves and into the hungry mouths of spectators.

On the concourse of Westpac Stadium, hundreds of stalls have been selling kai Māori, kākahu, and pōtae.

Others have been painting tā moko on children's faces, or encouraging people to enrol to vote. 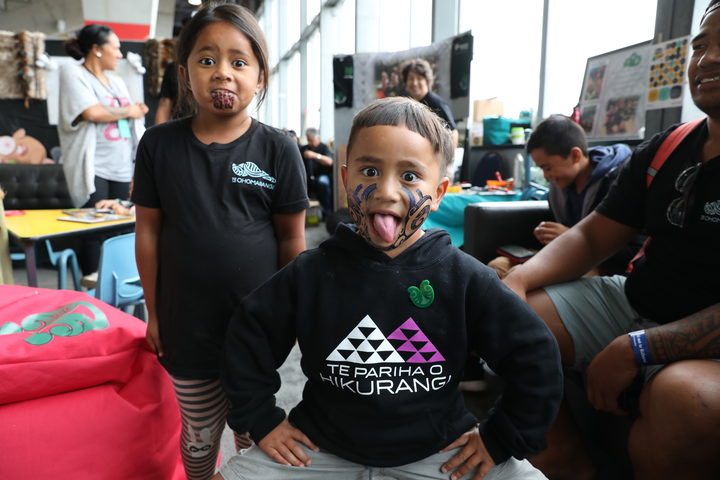 Many Māori health organisations have been urging people to get their health checks.

Te reo Māori has been a common theme throughout, with every stall having translated their signs into te reo, and some workers choosing only to speak Māori.

Kevin Lauvao said his whitebait fritters had been a popular choice at the festival.

"The taste I could probably describe as the ultimate, very satisfying." 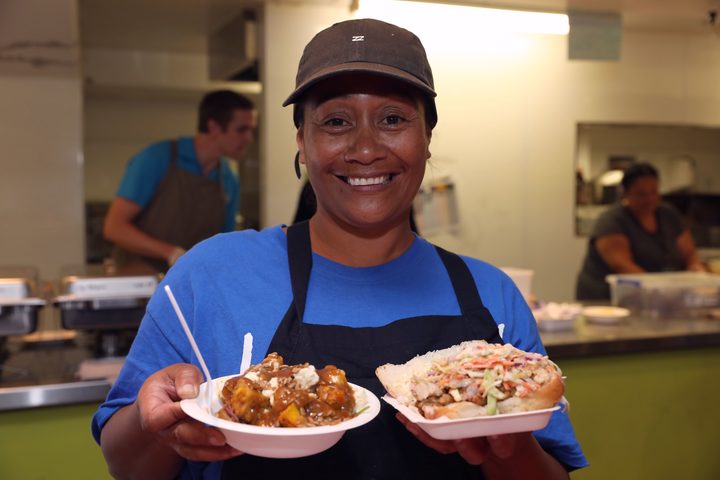 "I break a bit of an egg here in the jar, always try to get the biggest egg. Put in a little bit of whitebait [about a teaspoon], a bit of oil [in the pan], and I just pour that in so it cooks evenly.

"People usually like it half-cooked, so I let it set first on one side and then get ready to turn it over. And then I flip it back over and that's the process of making whitebait."

Waitangi Seafoods worker Harerua said it was the cream pāua people liked most. 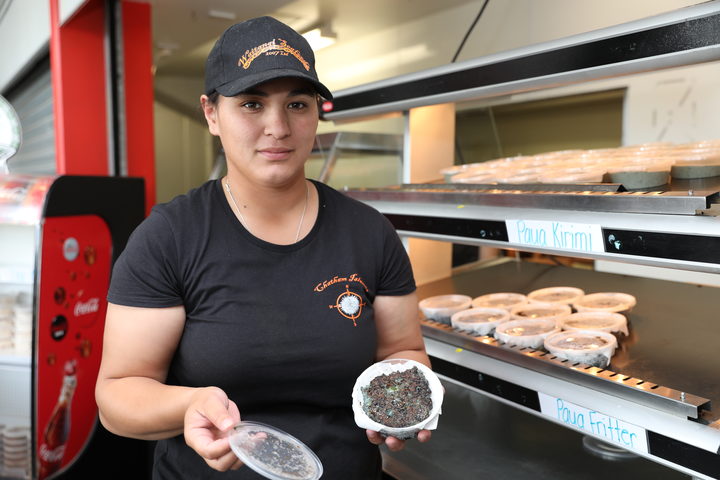 The work gathering and preparing the kai was what made it special, she said.