The finals at Te Matatini have kicked off in Wellington's Westpac Stadium with New Zealand's top kapa haka groups competing for first prize. 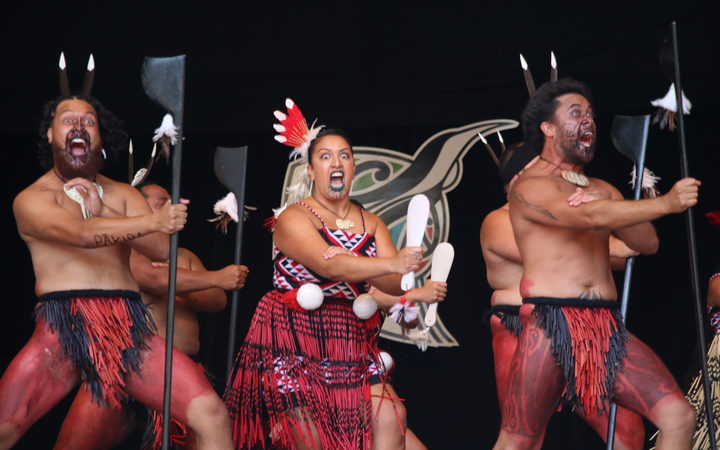 Ngā Tūmanako from Auckland have made it through to the finals today. Photo: Te Matatini, Aotearoa Kapa Haka Ltd.

The rain has set in at the competition however, over 3000 people have still arrived to watch the top nine groups performing in the finals today. Organisers are urging people to bring plenty of warm clothes. 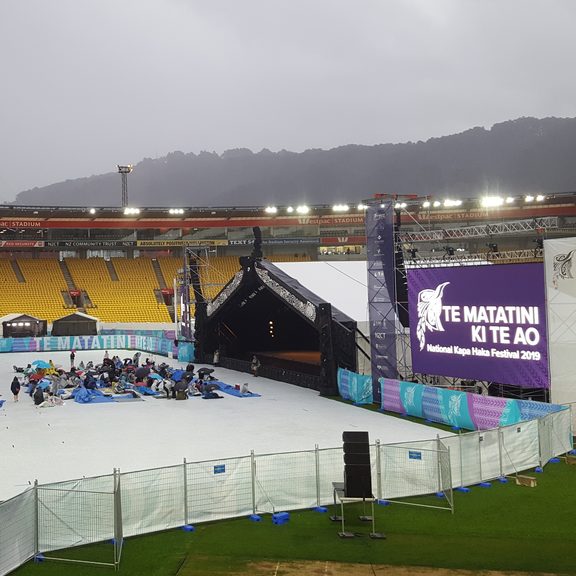 Forty-six groups have taken to the stage over the last three days and today the finalists get the last chance to impress the judges.

There are two groups who have made the finals for the first time, Mōtai Tangata Rau from Waikato and Te Pikikōtuku o Ngati Rongomai from Te Arawa.

Ngā Tumanako from Auckland also get another chance to shake the stage.

In their performance they challenged people to speak te reo Māori to their children and highlighted the legacy of te reo Māori teachers.

The finalists were announced last night and the crowd were shocked that Auckland group Te Waka Huia missed out. This will be the first time they have never made the finals.