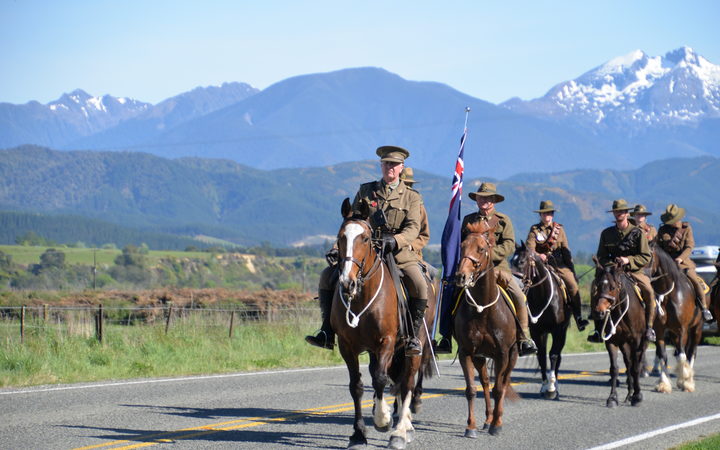 Every year on 24 February, Purple Poppy Day pays tribute to the millions of horses, donkeys, mules, dogs and pigeons lost during World War 1.

Mr Hartnell-Stone, a lover of horses, was a sergeant-major in the Mounted Rifles and served in Gallipoli around 1917. He was later tasked with destroying the horses left in Egypt at the end of the campaign, including his own, which could not be returned to New Zealand due to quarantine laws.

Only four of the estimated 10,000 horses New Zealand sent to World War 1 were brought back.

The service has been organised by his family members, as well as New Zealand Mounted Rifles Charitable Trust, a charity group that works to raise awareness of post-traumatic stress injury.

A Purple Poppy Day service will also be held in Waiouru in the North Island.