Engineers assessing flood risks for a small community on Auckland's West Coast want residents on the flood plain to have individual evacuation plans. 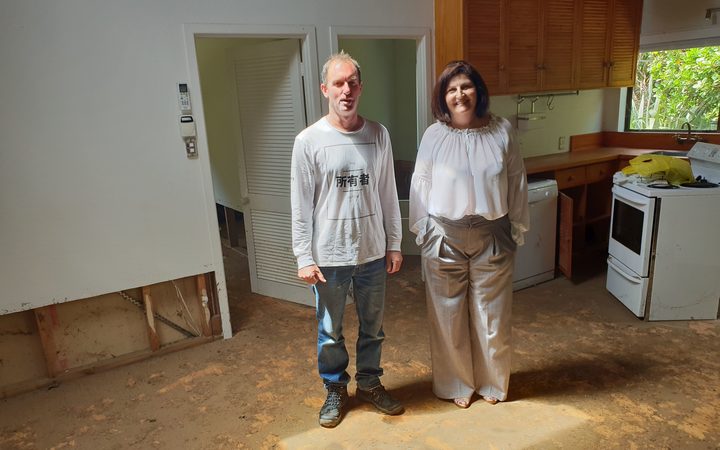 Some residents on Glenesk Rd in Piha were left homeless after their homes were flooded in April last year.

Auckland Council released a flood risk assessment in October last year, but that has now been reviewed by engineering firm Tonkin & Taylor.

The firm's report recommends plans for each resident should be developed, taking into consideration the frequency of flooding, the availability of safe routes and the ability to use cars.

The council will work with each resident one-on-one to formulate a plan, Auckland Council's general manager of healthy waters Craig Mcilroy said, adding that it is part of a wider initiative to build community resilience.

"Piha needs to become quite self-sufficient, because you can't physically get there in time.

"If you're talking about a 40-minute return time on a flood, that's a really good example of how we need to build that community resilience."

The firm's review has given the council further technical details to work with, that the report did not have, Mr Mcilroy said.

The review also highlighted concerns with the structures of some buildings and bridges.

It assessed two buildings were likely to be dangerous during a flood, one bridge and three other buildings risk being potentially insanitary due to flood damage.

The review said other buildings may also fall into the insanitary category, but further internal inspections were needed.

Further, it gives a long-list of options to reduce further flooding, including widening the stream, creating a detention dam or raising buildings out of the flood plain.

Mr Mcilroy said the way flooding was regulated and managed in Piha could act like a blueprint for other councils and flood prone regions, especially as climate change continues to alter weather events.

The options will be given to a regulatory body for consideration and will go before the council's Environment and Community Committee in March.

Waitakere councillor Penny Hulse said the report was going to inform what solutions are available to help homeowners, but that will take time.

"If I was in this position as a homeowner, I would be desperate to understand where council is going with this.

"But we aren't going to rush this," she said.

She cannot guarantee the report for homeowners due back in March will be on time.

Resident Kim Kerrigan said the eagerly-awaited review did not add much to what residents already knew but it did inch them closer to a solution.

"I hope they take on board the facts, that it is a dangerous situation for us to be in."

Ms Kerrigan said individual evacuation plans would be helpful "to a degree" but that for many residents, flooding can happen within 10 minutes and there was nowhere to evacuate to.

The most interesting detail to emerge from the review were comments from the council's lawyers DLA Piper suggesting the council could choose to negotiate with owners on a voluntary basis to acquire properties if it wished, she said.

Last year, she said, residents were given information that council was under no obligation to "look after the residents".

"But on reading their report, DLA was not quite that brutal," Ms Kerrigan said, adding that the council had chosen not to engage in compensation.

"It's sad for Auckland as a whole that that's how council approaches things in the first instance - 'how do we get out of this', not 'how do we fix this'."