The government's announcement of mandatory qualifications for home-based early childhood workers has divided the sector. 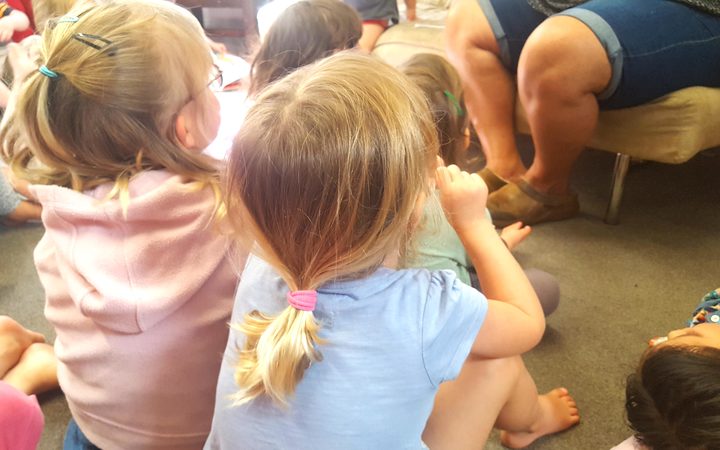 Some educators say the new move will would have a negative impact on the carers and early childhood sector, but others disagree. Photo: RNZ Insight/John Gerritsen

Some businesses said the new minimum requirement of a level-four certificate in early learning would drive at-home carers underground, but others said it would improve the quality of care and education.

Home Early Learning Organisation managing director Raewyn Overton-Stuart said the change would have a big impact on the four businesses it represented.

She said some educators would not want, or be able, to get qualified, and that would have the perverse effect of driving those educators into unsubsidised and unregulated childcare arrangements.

"That care is basically going to go underground so we will then no longer have any quality assurance really.

"There will be no supported visits from visiting teachers, there will be no extra educational input going into those homes so in effect, we are going to go backwards," she said.

Ms Overton-Stuart said home-based carers from refugee backgrounds would be hard hit because language barriers would make it difficult for them to get a level four certificate qualification.

"Our service, Paua, we work a lot with refugee communities, they're not going to be able to do the qualification at moment. In the au pair sector, a number of those au pairs are not here long enough to do that but they are providing quality education when they're involved with a quality service," she said.

Ms Overton-Stuart said qualifications were not the only indicator of quality.

She said the changes could increase the cost of home-based care for families and some might not be able to afford it.

"We've been waiting 10 years for this review and consultation process so we actually really welcome this step, it's in the right direction," she said.

"All the research says right across the board for all early childhood services, that having a qualification actually raises the quality for children's early childhood education."

Ms Phua said many of the association's members already had early childhood qualifications.

Barnardos general manager of early learning Keith Newton said it had about 370 home-based carers working with about 1700 children each year, and a mandatory level four qualification was the right move.

"When educators achieve the level-four qualification, their level of knowledge and understanding is greatly improved," he said.

"They have a much deeper degree of knowledge around the early learning curriculum for New Zealand, Te Whāriki, and that also supports positive learning outcomes for children."

Mr Newton said Barnardos supported its home-based carers to get a level four qualification and it took them about a year of study through the Open Polytechnic to complete it.

"We don't believe that achieving the level four qualification is going to be too much of significant challenge for home-based educators in our portfolio."

"There are options for supporting home-based educators to have the skills that they need to do a good job, but I'm concerned that right now there is an axe hanging over the heads of thousands of educators who have been doing a good job with kids for many years and are now being told they can't do their job unless they retrain," she said.