The Salvation Army is launching its own truck shop, in a bid to stamp out unethical mobile traders who are trapping people in a cycle of debt. 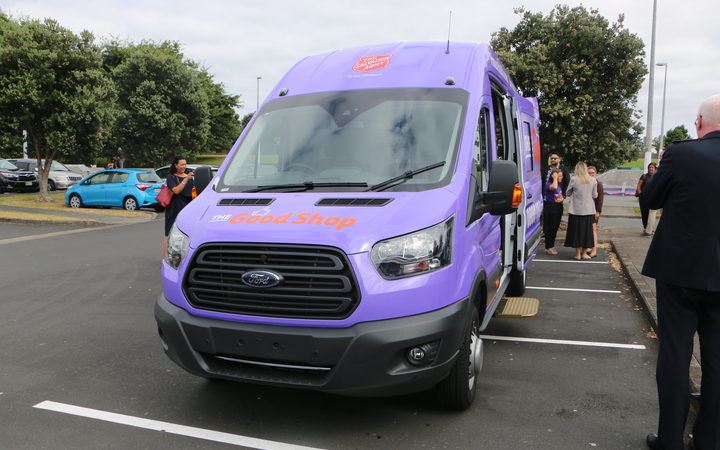 The first of the Salvation Army's 'Good Shop' is set to be based in South Auckland. Photo: RNZ / Sarah Robson

The Good Shop will allow people to buy every day, essential items with no-interest loans, at the same price they are in the store.

About 120 products have been selected to be available for purchase via an online portal - the goods will not be on display inside the truck shop.

The products will include furniture, electronics, appliances, whiteware and baby items.

"We're very careful to ensure that it is an affordable option for the client and it's going to be something that's beneficial to them," she said.

People buying from the truck shop will also be offered financial advice. 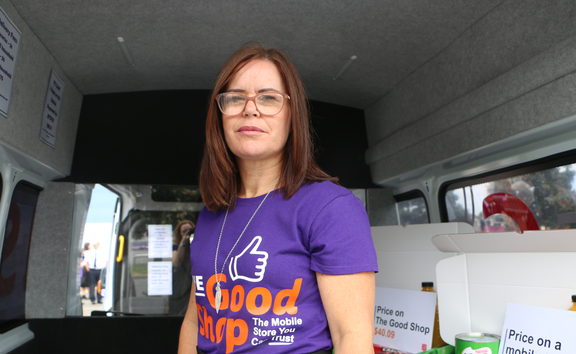 The Good Shop project manager Jodi Hoare says the truck will offer financial advice to those who buy from them. Photo: RNZ / Sarah Robson

Through the interest and fees they charge, Mr Tanielu said people could find themselves stuck in a debt spiral.

He said people often resorted to truck shops because they had no safe alternative.

"People who [need to use truck shops] are socially isolated, people who maybe have English as a second language, people who have bad credit ratings, a whole series of different issues.

"This is the kind of damage that is perpetuated when these mobile traders or finance companies add more predatory loans and so on to what are often vulnerable clients."

The Salvation Army said its truck shop would provide a safe alternative for people who struggled with transport, were unable to make upfront payments or could not obtain credit from mainstream stores.

The first truck shop will be based in South Auckland. A second truck will hit the streets of Porirua towards the middle of the year. 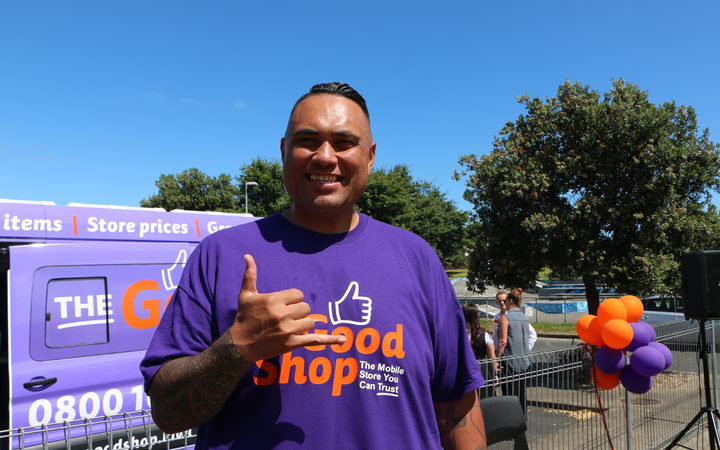 Ofa Finau is a mother of six, living in Pukekohe.

She ended up in thousands of dollars of debt after many truck shop purchases.

She said they told her she was a good customer to encourage her to buy more.

The items she was buying included things such as perfume and clothes - more often than not at inflated prices.

She gave the example of her favourite perfume that retailed for $39; the truck shop sold it to her for $99.

Mrs Finau said her debt was causing her so much stress that she ended up getting help from a Salvation Army budget adviser.

"I remember that there was a time when I couldn't even sleep properly, just thinking about it."

But now she is back on track and has her bills and debts under control - she is even started saving.

"I'm a free lady; I'm so happy. Just waking up in the morning all I think about is just my kids, doing their lunch, taking them to school - that's it." 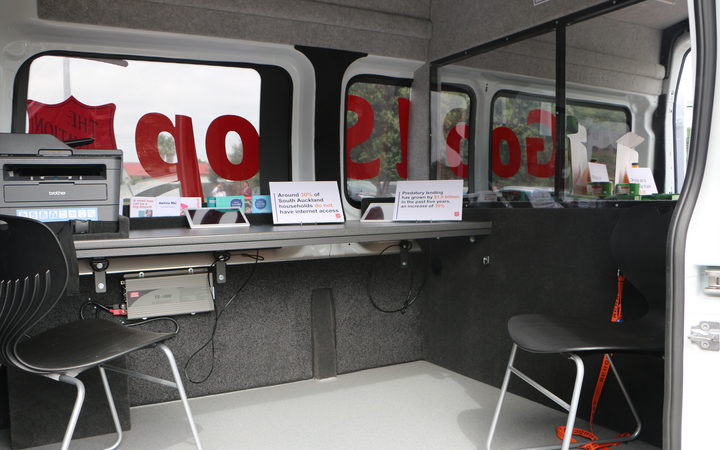 Items available for purchase from the Good Shop will not be on display but will instead be available via an online portal. Photo: RNZ / Sarah Robson