A large fire that erupted at a house in the Auckland suburb of Kingsland has now been contained. 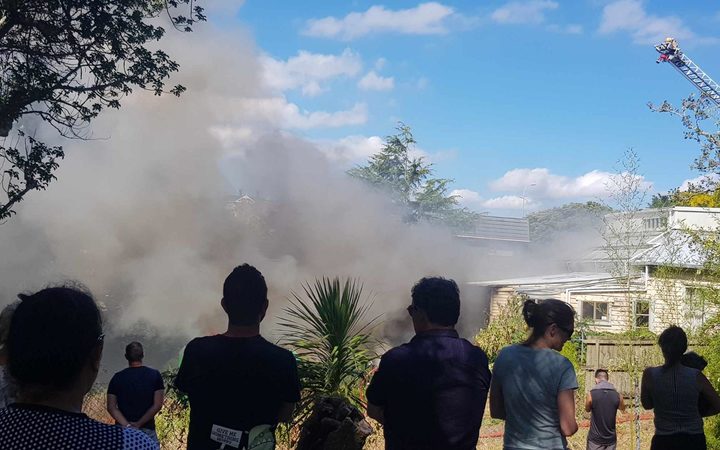 Firefighters are battling a blaze at a house in Auckland's Kingsland. Photo: RNZ

About 40 firefighters and nine trucks attended the fire shortly before 4pm today on New North Road.

One person who was initially unaccounted for has been found safe and well.

Fire and Emergency area commander Vaughan Mackereth said the fire started in the basement of the three-storey building.

"Because the fire started there we had some structural hazards so we're just keeping an eye on that as well, so that's just slowing down our operation."

Motorists are being told to expect delays, with New North Road closed between Morningside Drive and Sandringham Road. 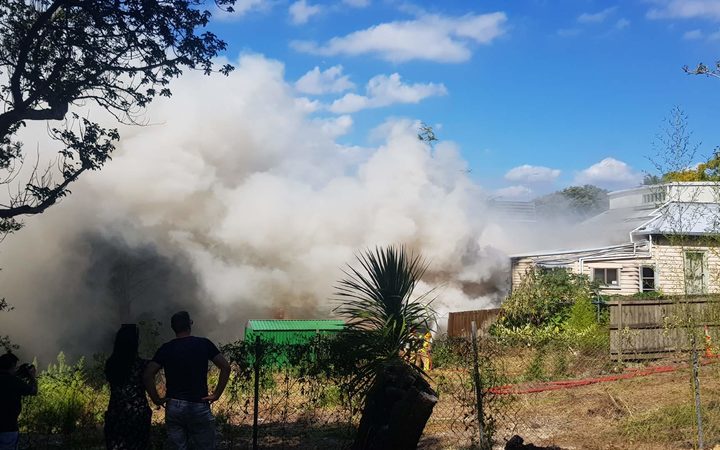 Firefighters are battling a blaze at a house in Auckland's Kingsland. Photo: RNZ

UPDATE 4:50PM
New North Rd remains closed between Morningside Rd and Kingsland Ave but with buses being guided through. Detours are being provided for others by emergency services. ^JB https://t.co/fNNiOFn7nU

The fire is now under control, but firefighters are continuing to damp down hot spots.

FINAL UPDATE 6:05PM
SH2 is now OPEN in both directions following a #fire. Thank you for your patience. ^RShttps://t.co/W5FVJkcYO4