The New Plymouth house at the centre of a nearly 12-hour standoffwith police earlier this month has gone up in flames. 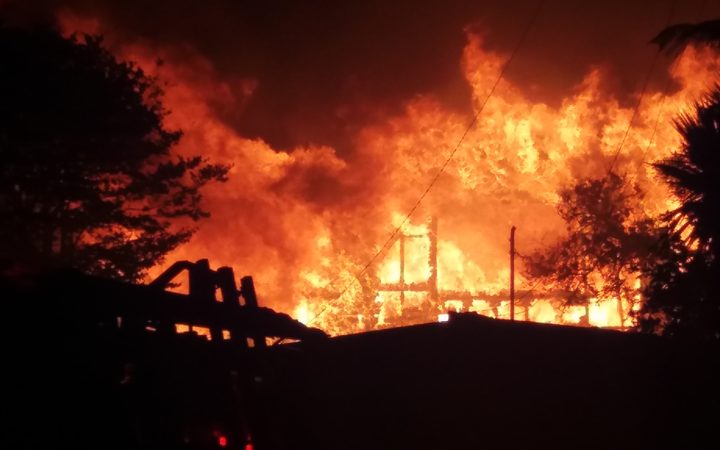 Police said the fire was being treated as suspicious. Photo: Supplied / Jason Fox

Fire and Emergency crews responded to the fire on the corner of Paritutu Road and Marama Crescent at 12.30am.

A spokesperson said the fire was brought under control early this morning.

The fire is being treated as suspicious and police are investigating.

A neighbour of the property, Jason Fox, said he was woken by the sound of breaking glass and popping noises and thought someone was fighting, but when he looked out the window he saw flames coming from the house across the street.

He called emergency services, but by the time the first fire engine arrived the house was well alight.

A 31-year-old man was been charged with breaching bail and threatening to kill after the standoff on 3 February. Paritutu Road and Marama Crescent were cordoned off during the incident.

In another incident in the North Island overnight, a two-storey house on Logie Street in Stokes Valley caught alight.