A man is in custody and facing charges after a near 12-hour standoff with police in the New Plymouth suburb of Spotswood. 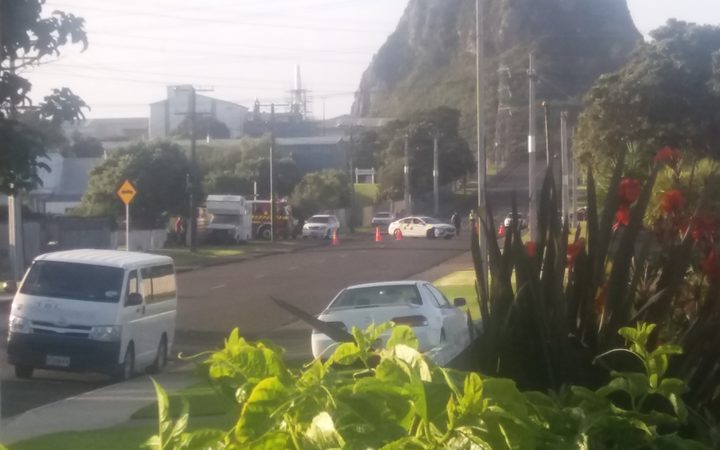 Residents were told to stay inside all day yesterday and parts of Paritutu Road and Marama Crescent were cordoned off.

The police were called to the scene of a family harm incident just after 10am yesterday.

They say a man known to carry guns breached bail by going to a house in the suburb.

One person left the house in the afternoon, while the man refused to leave, sparking almost 12 hours of negotiating by police.

The police entered the house shortly before 9pm and arrested the man.

Residents say it was a hostage situation, with a young man yelling and screaming at officers including the armed offenders squad.

Spotswood resident Jason Fox, who lives on the street where armed police were negotiating with the man, said around 7pm he heard about six bangs and police shouting at the man to come out.

Police then approached the house and a while later it appeared the operation was being wound down.

Mr Fox said he was told the bangs were teargas being discharged and two fire crews had been busy decontaminating the scene.