The owner of a fruit store in Devonport says she hasn't even begun to think about how much the Queensland fruit fly lockdown is going to cost her. 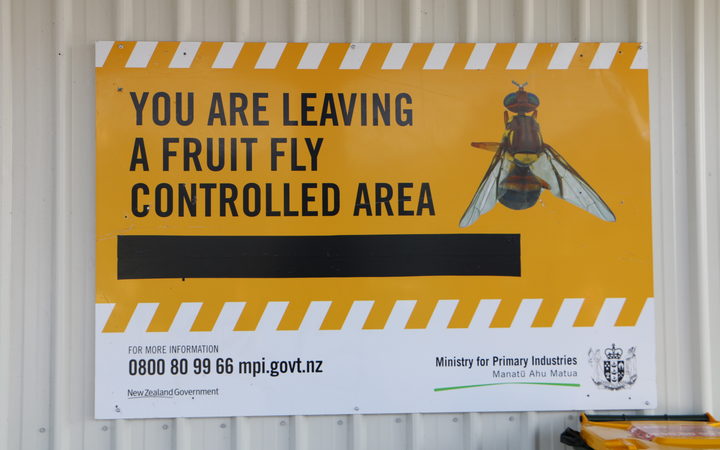 The insect was found in a suburban garden last Thursday and there are bans on moving certain fruit and vegetables in within a 1.5km of the initial discovery.

It is the fifth time fruit flies have been detected in the upper North Island in the last decade.

One owner, whose fruit shop is just over 200 metres from where the fruit fly was found said business had been very slow. "Normally I have... between 100 to 200 plus [customers] but today there's not even 50," she said.

She had not found any fruit flies in her stock but was on alert. "I'm really upset today because I'm just thinking about my stock," said the owner.

"I know it's not my fault [but] I don't even know what I'm going to do with my stock. [It's] very expensive, I paid so much money."

The owner has already had to dump all her stonefruit because it goes off quickly. It was hard to estimate her loss, she said. "I haven't thought about it yet, I don't know how much."

She understood and supported the ban but planned to ring the Ministry for Primary Industries today to find out about compensation. 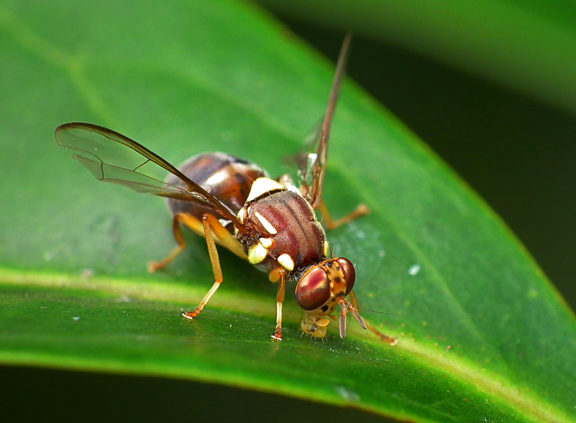 It may be a month before the Auckland suburb of Devonport is declared free of the Queensland fruit fly.

Catherine Duthie from Biosecurity New Zealand said fruit sellers and other businesses which were affected were eligible for compensation.

Ms Duthie told Morning Report it was likely the insect arrived in imported fruit or vegetables, though it may never be known exactly how it came into the country.

No other fruit fly has been found in the area, and Ms Duthie said the male insect was likely to be the only one.

"It could be just one infested piece of fruit that had some eggs or larvae in it and they hatched out, and it's possibly the sole survivor."

Of the last six fruit fly incursions, only one has involved a small breeding population.

On the streets of Devonport, some locals wanted more measures put in place for biosecurity. Chris Lucas has lived in the area for about 40 years and said his first reaction on hearing the news was "not again."

"The individuals are doing a good job but I think the rate of unwanted intrusion into New Zealand is too high," he said. "We've had quite a few incursions and we should be asking ourselves, 'are we doing enough?' even though we are already, by international standards, doing a lot."

Ian Roy, who has lived in Devonport for about 20 years, hoped the message would get through to everyone, not just locals. "I do worry bit, because Devonport's a holiday destination," he said.

But both agree that the Ministry for Primary Industries (MPI) has kept locals well-informed of what has been going on. 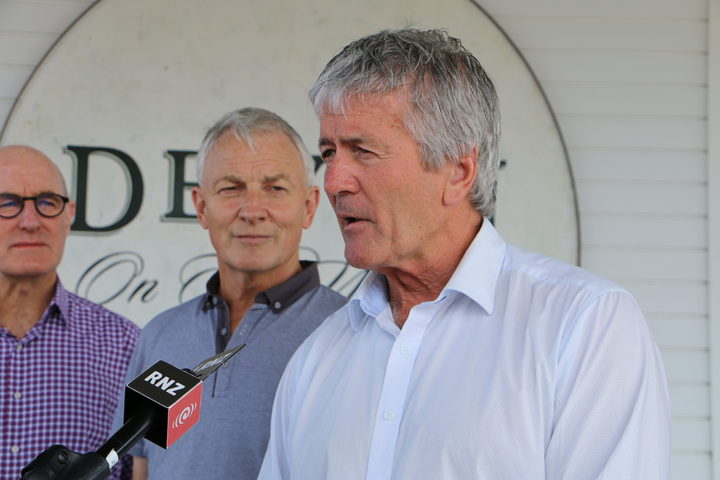 Biosecurity Minister Damien O'Connor said it will be weeks before the suburb could be declared free of Queensland fruit flies.

Biosecurity field staff have been checking all properties within 200m of where the single fly was found.

Sixty traps have been inspected and cleared and MPI plans to lay down more traps in the area - adding up to about 200 for all contamination zones.

Mr O'Connor said there had been no impact on exports yet and trading partners were being kept informed of developments.