Lime has apologised - and promised a full refund - after trying to sting a critically injured woman with a $100 penalty fee following her collision with a truck in Dunedin. 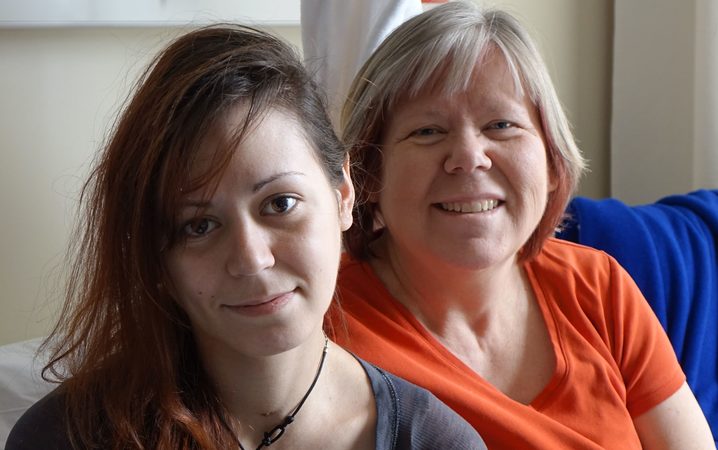 Renee Whitehouse with mum Jackie after she was hit by a truck while riding a Lime e-scooter in Dunedin. Photo: RNZ / Tess Brunton

Renee Whitehouse was riding a Lime scooter home from work early on January 18 when she collided with a truck in central Dunedin.

Now recovering in Dunedin Hospital, Ms Whitehouse told the Otago Daily Times she was stunned to receive a penalty notice from Lime for not leaving her scooter in a place where Lime could recover it.

That was on top of the $39.10 bill the company had charged for her ill-fated ride.

But, on Saturday, the company made contact with Ms Whitehouse again to apologise for its tough stance.

Lime head of global support Karen Barker, in an email to Ms Whitehouse, said she wanted to apologise "for the issues surrounding your recent Lime Rider experience''.

The company had reviewed Ms Whitehouse's situation and decided to refund any charges for her ride, "including the inappropriate fee for equipment damage or storage''.

"Lime cares deeply for our riders, and everyone at Lime works hard every day to meet the needs of our riders and ensure we offer the safest and the best experience on every Lime ride.

"We certainly missed the opportunity to serve you appropriately in this situation, and I hope you will accept my apology.''

"Don't get me wrong, this is definitely appreciated, just waiting for the funds to appear back in my account.''

Ms Whitehouse had emailed Lime back after the earlier notification that a penalty fee would be applied, arguing she had an obvious and reasonable explanation for not parking the scooter on the footpath.

''I was hit by a truck and have been in the ICU and surgical wards of the hospital since that night,'' she wrote to Lime.

''The scooter, I am told, was impounded until the police decide what to do with it.

''You can't possibly charge me any extra.''

The University of Otago masters student has at least one more operation ahead of her, to reattach part of her shattered skull, but has otherwise recovered remarkably well.

"Those charges should not have happened and both have been waived," the spokesperson said.

"We are investigating this automated messaging to ensure it does not happen again.

"We have reached out to Ms Whitehouse and apologise for any distress this has caused and wish her well in her ongoing recovery."

Meanwhile, the university has announced it will make helmets available to students and staff using Lime scooters.