Two men who jumped into the Kawarau River to try to save a dog have been rescued after getting stranded on a bank. 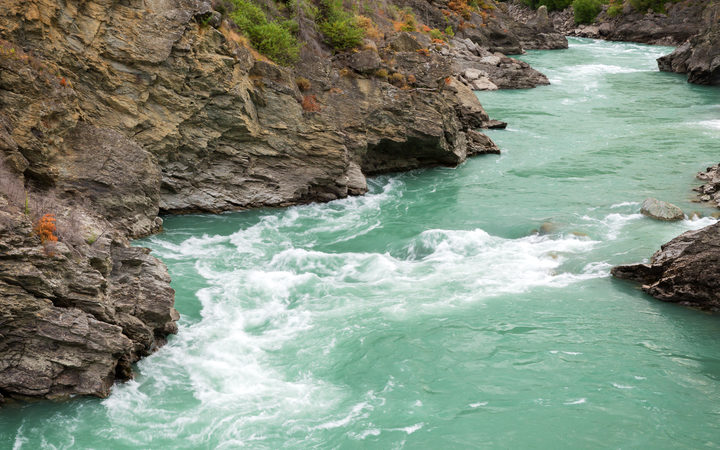 At 4pm today, emergency services were called to Rafters Rd, off the Gibbston Highway, after two men in their 20s fell into the river.

Queenstown harbourmaster Marty Black said the men were with a group of about five people having a picnic on the river bank.

While throwing sticks to the dog, the animal fell in the river and the two men jumped in after it.

The men were swept away down stream.

They made it to a bank 1km south of Rafters Rd, but were stuck there as the bank was too steep to climb.

The other members of their party informed emergency services.

About an hour later the men were rescued by private rafters.

Mr Black said he believed the dog made it to shore unharmed, but urged others to take care around the river.

"It just shows you, you jump in the river and you think it will be fine, but the river's quite high at the moment," Mr Black said.

"These guys are pretty lucky really."