Toxic algae in the Waingawa and Otaki rivers have reached extreme levels. 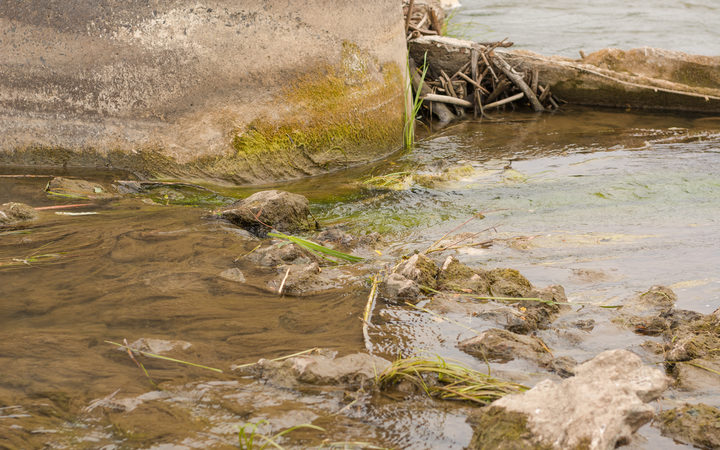 The Greater Wellington Regional Council is urging people and dogs to avoid entering the rivers until further notice.

Algae in both rivers is covering more than half of the river bed, and detached mats of dried algae are widespread along the river edge.

The council said it was important to keep a close eye on toddlers and babies, who could put algae in their mouths.

Any contact with the algae can cause skin irritation, shortness of breath, nausea, vomiting, numbness, tingling or muscle twitches.

Swallowing the algae can cause serious health issues, including convulsions or loss of consciousness - symptoms that need urgent medical attention.

Mats of toxic algae have also been found in the Waikanae River near Jim Cooke Park.

The council said the affected area extended from Hautere to the river mouth and the stretch of the river below State Highway 1 was particularly bad.

The algae is shiny, brown to dark green and coats submerged stones. When it dies, the algae will float and form a brown mat at the river's edge.

Dogs are also at risk, because they love the smell of the algae and will eat it if they can.

If a pet owner owner suspects their dog has even eaten a coin-sized amount, they are advised to go straight to the vet.

Waingawa River - Toxic algae in the Waingawa River is at extreme levels of more than half of the riverbed covered. Dried algae mats are widespread.

Kapiti Coast - Toxic algae in the Otaki River is at extreme levels of more than half of the riverbed covered. Dried algae mats are widespread. Mats have also been found in the Waikanae River at Jim Cooke Park.

Ruamahanga - Toxic algae cover in the main-stem of the Ruamahanga River remains low. Levels in the Waipoua River are also low. There is no warning.