Frustration is simmering in Martinborough over a boil water notice that has been in place for more than two weeks. 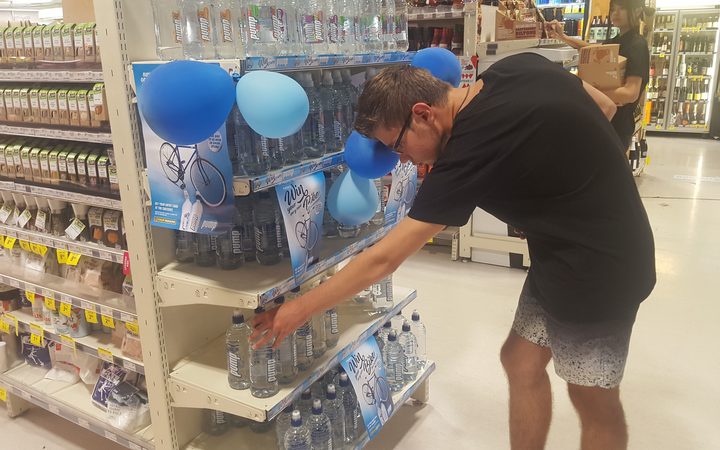 Residents have not been able to drink their tap water since 1 February, when a public warning was issued after E coli bacteria was detected in the town water supply.

"We've had no notice from council about when it might be lifted, most of the information I've been getting has been what I've read in the newspaper, which is a bit frustrating.

OMG Cafe's Michael Honey also said the cafe was buying in water, and was looking forward to having a safe tap supply back again.

"I'm a stickler for always giving lots of water out to people. It's just an inconvenience.

"Most people have been understanding. Hopefully in a couple of days it's all going to be rectified."

Council workers have been flushing the town's pipes during the weekend, and plan to carry out what they hope will be the last flush, in part of the town, overnight between 7pm Sunday and 5am Monday.

After that, three days in a row of tests clear from E coli are needed before the boil water notice can be lifted.

South Wairarapa District Council's Mark Ellingham said as a precaution residents living in the area being flushed on Sunday night were asked to try to shower and bathe before the flushing starts, and to set some water aside as a precaution in case water pressure is lost during the flushing.

Then after the pipes are flushed, residents from that section of town are asked to run a tap for at least 15 minutes to get rid of any sediments that could be left over.

Mr Ellingham said watering the garden was a safe way to carry out this last 15 minute flush.

"If all goes well, they shouldn't notice any disruption at all.

"We carry out this work every day as part of routine maintenance, but normally only on two or three lines at a time, and no-one notices - this time we're doing a third of the town."

The E coli contamination probably happened because of a malfunction in a UV treatment system that normally kills 99.9 percent of bacteria entering the water network.

That system has been fixed, and a chlorine treatment had also been run through the pipes.

Until the boil water notice is formally lifted all residents should continue to boil the water to be safe, Mr Ellingham warned.

More information, including steps to make the water safe for drinking, and which part of the town supply is being flushed, can be found on the South Wairarapa District Council website.