E. coli has been detected in the water supply to one Wairarapa town. 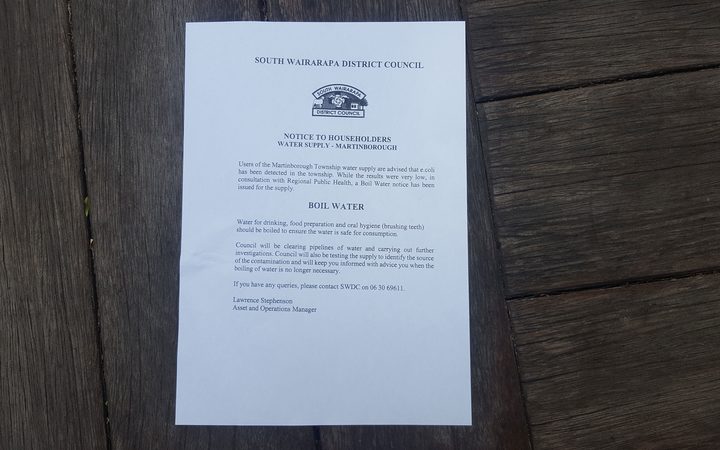 Residents connected to Martinborough's water supply are being warned to boil their water after E. coli was detected. Photo: RNZ / Karoline Tuckey

The South Wairarapa District Council said a boil water notice has been issued for anyone connected to Martinborough's water supply.

The notice was issued after low levels of the bacteria were found in the town's drinking water on Friday.

Water is being trucked in for people to drink at today's Martinborough Fair, as the water supply is contaminated.

200 litre tanks of fresh drinking water will be stationed around the town square but organisers also recommend people bring their own water if possible.

"All our testing of the actual water going into the network has come out clear and the treatment plant itself has been operating well. We're trying to identify the source in the actual network."

Mr Stephenson said water in Martinborough was not chlorinated, as the chlorine reacted to manganese in the water, turning it brown.

The council said people should also boil water that's being used to wash food, or for brushing teeth.