Broomsticks will be a common sight in Christchurch's Hagley Park this weekend, with a quidditch camp and tournament underway. 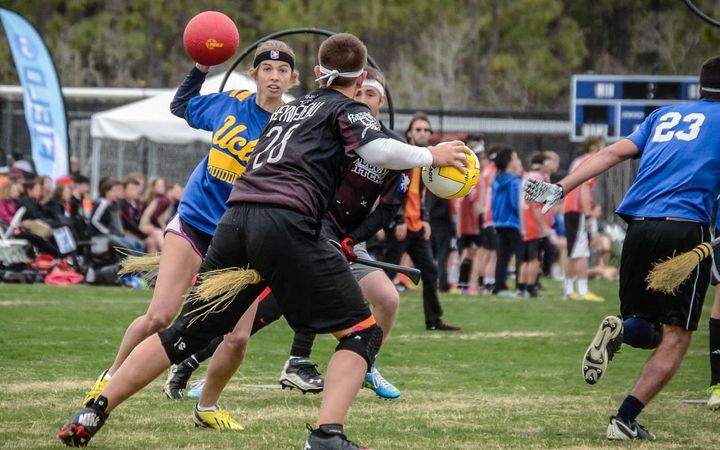 The Harry Potter-inspired sport combines rugby, dodgeball and tag and has attracted 20,000 players from more than 30 countries since 2014.

It is the only full contact, mixed gender sport in the world - with a kids quidditch, or "Kidditch" option for players under 16.

Players will be attending training sessions and workshops before a North Island vs South Island tournament on Sunday morning.

Among them are players from the New Zealand Black Brooms, who travelled to the World Cup in Italy last June and who will be sharing their stories, skills and experiences.

The workshops will be coached by Melbourne player Emma Humphrey - the first woman to receive the award for highest number of snitch catches in the Melbourne quidditch league - and Mark Kelly, known internationally as "The Voice of Quidditch Australia" for his many commentating roles.