Yesterday's 22 km crossing - the first of its kind - consisted of a series of 930 dives, interspersed with horizontal underwater swimming while holding the breath, before coming up for air like a dolphin.

Mr Trubridge said the currents pushed him around during the nine hour and 15 minute swim, but he's grateful the conditions allowed him to complete it.

"I really didn't know what to expect because I've never even swum in that stretch of water before, let alone done anything like this, so I was going a bit blind," he said.

The free-diving champion enjoyed the first few hours of his swim but towards the end, fatigue set in once the water got colder and the currents stronger. 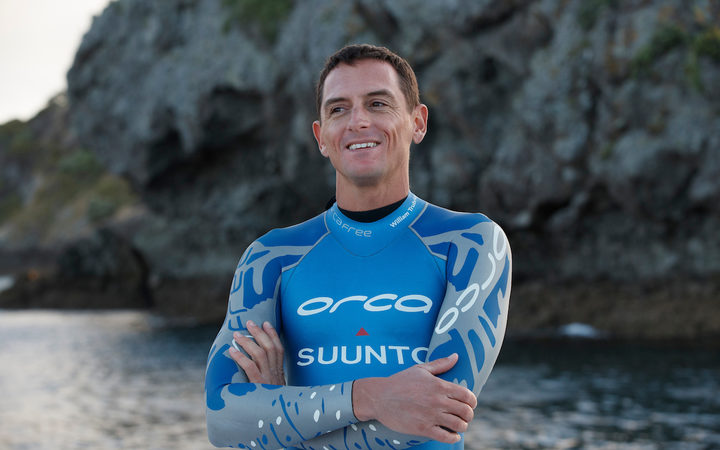 William Trubridge says action needs to be taken urgently to protect Māui and Hector's dolphins, before they are made extinct. Photo: Richard Robinson © 2017

"The whole time I was swimming, I was getting pushed different directions, north and south and then north again, but in the last stretch I was getting push sideways and almost missed the headland, and if I'd missed that one there was another current from the other side of the headland that could have pushed me straight out to sea, so I was lucky on so many levels."

Mr Trubridge was sustained during the swim by a bland, carb-rich diet of potato soup, cooked by his wife Linda - though he said he would not be touching it again for a while. 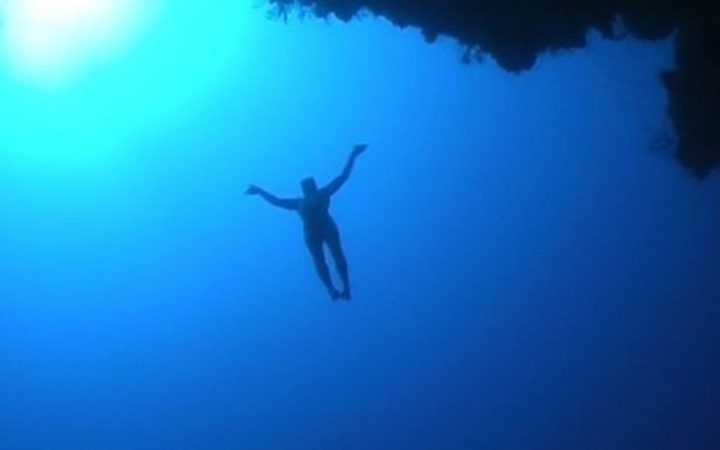 Today the passionate dolphin advocate is exhausted, but relieved and thrilled to have completed the journey.

He hopes the uniqueness of the story will get international coverage and put pressure on the government to update fishing regulations and give the animals the protection they need to recover.

Hector's dolphins are among the world's smallest marine dolphins, growing to around 1.5m in length. They are found only in the inshore waters of New Zealand.

Mr Trubridge said Māui dolphins are particularly in danger of extinction, because there are only around 50 breeding adults left.

"Something needs to be done about it right now... it is literally a matter of now or never or they will go past the brink and wont be able to recover".