New figures show two thirds of the dangerous airbags found in about 80,000 cars in New Zealand have been replaced, but consumer advocates are warning the rest will be the hardest to reach. 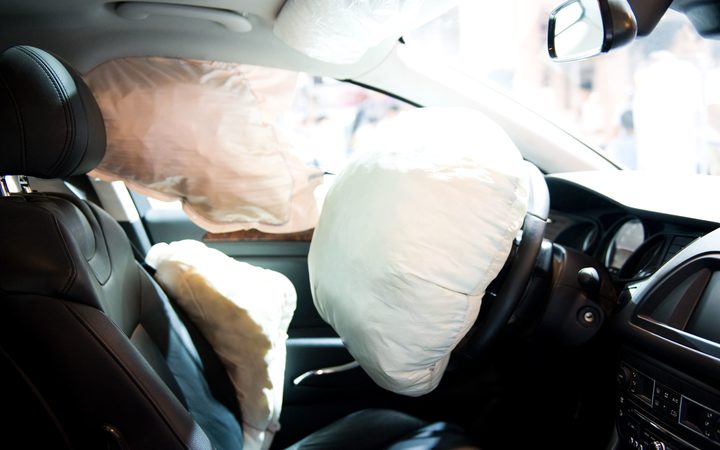 Just under a year ago the government instructed the largest vehicle recall ever - making it mandatory to have all Alpha airbags replaced by the end of this year.

Initially it was thought there were 50,000 cars with the airbags in New Zealand but that number has since ballooned to 83,000, the majority of which are imported used cars.

Consumer New Zealand head of product testing Paul Smith said after the recall notice was issued in April, there were doubts about who was responsible and who would pay for the imported cars' replacements.

"There are so many used imports that the New Zealand distributors are not responsible for because they didn't bring them into the country.

"When you get a big recall like this all of a sudden you think, 'Who is going to fix this?' So that caused some issues because within the industry there were discussions of 'that's not my problem'."

For this recall, distributors have taken on the used imports under their brand as well.

The airbags are manufactured by Japanese company Takata. They can become unstable with age, humidity and heat, and can explode, propelling shrapnel into drivers and passengers.

At least 23 deaths worldwide have been attributed to explosions.

Figures from this week show 90.3 percent of the 19,103 New Zealand-new cars have had their airbags replaced and 60.2 percent of used imports were also done.

Mr Smith said the first chunk of a recall was always the easiest.

"It was a big noise back in May and June and we, as an organisation, got a lot of people contacting us saying, 'What do we do about this? Is my car going to blow up?' And then you see that drop off."

Motor Industry Association chief executive David Crawford said the remaining 10 percent of New Zealand-new car owners would have received multiple letters from their distributor now and probably one from the government too.

"We know that some consumers, when they get a letter from a car manufacturer they say, 'Oh, it's just more marketing and it goes in the bin,' whereas when it's from the government it's taken more seriously."

The AA's Stella Stocks said while the uptake so far had been good, there was still just over 26,000 cars driving around with the dangerous airbags.

"What we need now is for consumers to respond because there is complacency, and some don't see just how important it really is."

Car owners are being contacted through letters in the post. The success of the recall relied on the correct address being held with the Motor Vehicle registration database.

So far 576,716 vehicles are known to be affected by Alpha and non-Alpha airbags in New Zealand. The number is over 100 million globally.

In New Zealand just over half of the 493,400 non-Alpha type airbags, under a voluntary recall, have also been replaced.