Authorities are searching for the owner of a box of family memorabilia found on an Auckland motorway earlier this month. 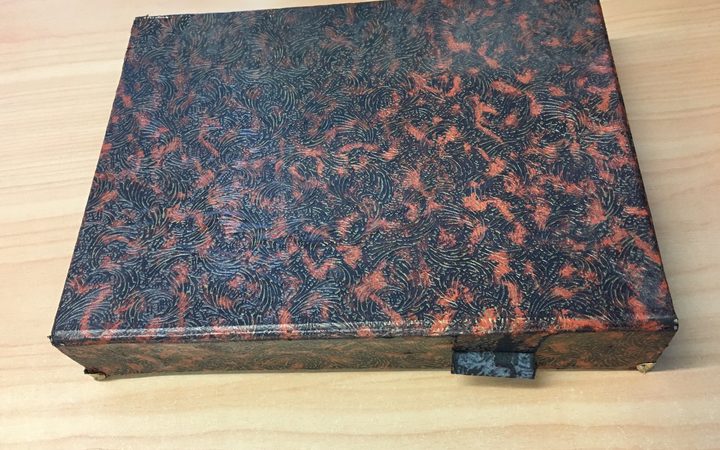 This box containing photos and family memorabilia, some of it dating back to World War 2, was found on Auckland’s SH16 earlier this month. Photo: Supplied / NZTA

A brown box with gold inlay was found by a maintenance crew on State Highway 16 Westbound, just before Rosebank Road, on 3 February.

Inside the box was a wartime letter of condolence from King George VI, along with photos, records and other personal items.

New Zealand Transport Agency's Auckland operations manager Rua Pani said, while efforts to track down the owner had been unsuccessful so far, she was still hoping for a happy ending.

She assumed it dropped from a vehicle travelling from the city centre or through the Waterview tunnel.

Anyone with more information is asked to contact the Transport Agency via email on help@ama.nzta.govt.nz