A Marlborough Sounds conservation group and fishing company have put aside their differences to open a native wildlife facility. 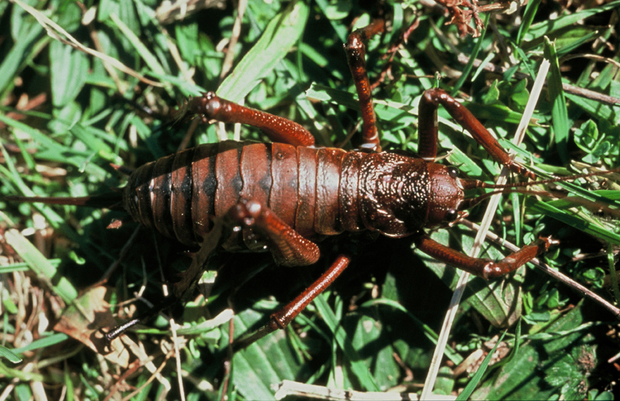 New Zealand King Salmon has partnered with the Tui Nature Reserve Wildlife Trust to open the Koru Native Wildlife Centre, six years after falling out over the environmental risks of salmon farming.

Tui Nature Reserve Wildlife Trust chairperson Brian Plaisier said the facility was the trust's second major project since they began about 25 years ago.

Based at Linkwater, it will accommodate breeding programs for native Giant Weta and Yellow Crowned Kakariki, and host community education programs and group tours.

"We had already opened up a sanctuary in the Marlborough Sounds but we always believed that a specialised wildlife centre should be really important for the expansion of our programs," Mr Plaisier said.

The company named as the centre's main sponsor is New Zealand King Salmon, who had sponsored the trust until a falling out in 2013.

But six years on Mr Plaisier said he was happy with the new arrangement.

He said the country was in a biodiversity crisis so conservation initiatives needed support - and if the work the trust did was enough reason for a company to want to sponsor them, then were "open to that".

New Zealand King Salmon's CEO Grant Rosewarne said he was happy to have reached an agreement.

"Given that we are one of the best ways of producing animal protein and given that they are really dedicated to conservation, we think that is a great marriage.

"Whilst we had a little break-up we've now restored that [relationship] and we are both heading in the same direction."

The deal also comes as New Zealand King Salmon carries out research for a big new project in the Cook Strait, where they would build 10 sea paddocks each with up to 250,000 fish.

Mr Plaisier is confident he could still speak out against the new farm if it posed environmental risks, without compromising the Koru centre's funding.

Mr Rosewarne said he would be surprised if the trust needed to speak out, as it was likely the new farm would be more sustainable than their present farm.

An open-sea farm as exactly what everyone had advocated for and New Zealand King Salmon could achieve an "amazingly good environmental outcome".

"So I'd be stunned if the Plaisiers or the Tui Nature Reserve opposed any of that."

But other opposition is waiting to take action, including New Zealand Federation of Freshwater Anglers president Graham Carter.

He said a move to open waters would not mitigate environmental threats.

"We don't have a problem with salmon farming per se, if it's done properly ... they're not doing it properly, it's all about the economics."