Council officers have seized a dog they believe attacked a 95-year-old man in Kaikohe this week. 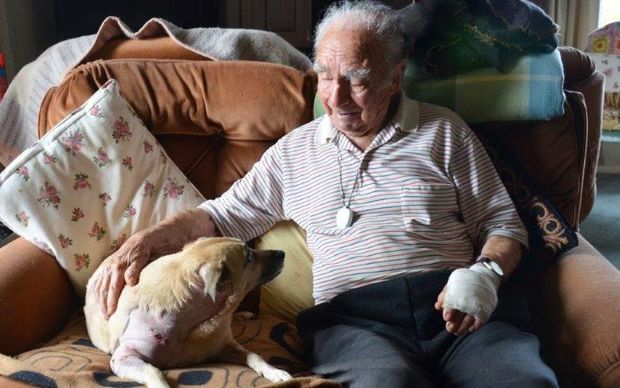 Jim Morgan and his dog Sandy, which had to be put down in December after it was mauled. Mr Morgan was attacked again this week. Photo: Debbie Beadle

Jim Morgan was bitten on the hip by one of two dogs that rushed him as he walked past a house in Harold Street on Monday.

It's not the first time Mr Morgan's been the victim of local dogs.

In December he was forced to have his small terrier put down after it was mauled while the pair were out walking.

He and his dog were also attacked in April 2016.

But it had not been able to prosecute because of the high level of proof needed.

Mr Edwards said many dog-owners hide their animals after an attack and witnesses are often too frightened of their neighbours to come forward.