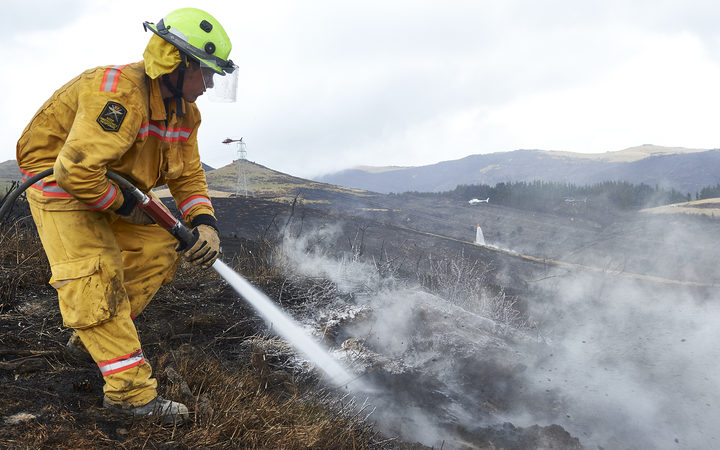 It took 66 days to fully extinguish the Port Hills fire and a helicopter pilot, Steve Askin, died fighting the blaze that tore through nearly 2000 hectares.

As residents evacuated from their homes in Tasman wait to return, the fire has brought back memories for those affected by the blaze near Christchurch.

Paul Dorrance lost his buildings, pasture, fencing and part of his home.

"Fires are just ... they really are just terrible things because you're totally powerless, you've got no control," he said.

"No one really knows how they've got to behave.

"You only ever hear the word 'containment'. You never really hear, 'Look the fire's gone it's over, you're safe'. And for the first two or three days you have no idea if your house is gone or not."

He said he felt for the people of Nelson and said he learned to be patient with life taking a long time to return to normal.

"Although it will become very frustrating soon, when you can't go back to your house, you really do have to reflect on the very good deeds that are being done and the fact there has been no loss of life, or injury."

Vikki Pflaum's home was destroyed in the Port Hills fire. She has been keeping tabs on the Nelson blaze, which has been burning since Tuesday.

"It just brings back the memories of that same night, thinking what it was like sitting down at the park watching the fire. You can empathise with what's happening with the people up there, you know exactly what they're going through and exactly what it feels like."

She said she was incredibly grateful her family managed to grab photos and her children's records before evacuating.

"Grab those photos, grab those precious things that you can't replace and don't worry about too much else."

Ms Pflaum said she was praying the rains came and things ended soon for the people of Nelson.

Mr Dorrance said it was a time to be grateful for those on the frontline.

"It is a really good opportunity for the community to come together and take advantage of the fact the community are together, and to talk about it."