Organisers of the Waimamaku Wild West Festival in the Far North have apologised for promoting the event using people dressed as cowboys and pretending to shoot Native Americans. 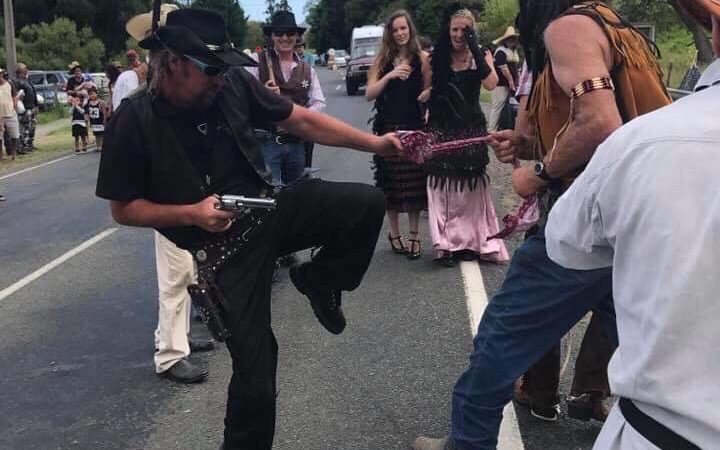 The annual festival started 18 years ago to pay homage to the West Coast's wild nature and promote local art, music and food.

But the event's latest promotion materials have been met with a tirade of criticism on social media, and labelled an example of deeply entrenched racism.

It has left many in shock and disbelief, including associate professor Mera Penehira, who teaches indigenous studies at Te Wānanga o Awanuiārangi.

"Reservations represent significant historical trauma. Thousands upon thousands of first nations people died in the process of being shifted off their land and walked thousands and thousands of miles, forcibly, across America to the West.

"And by using terminology such as, 'Welcome to our Reservation', really just serves to further entrench racist stereotypes." 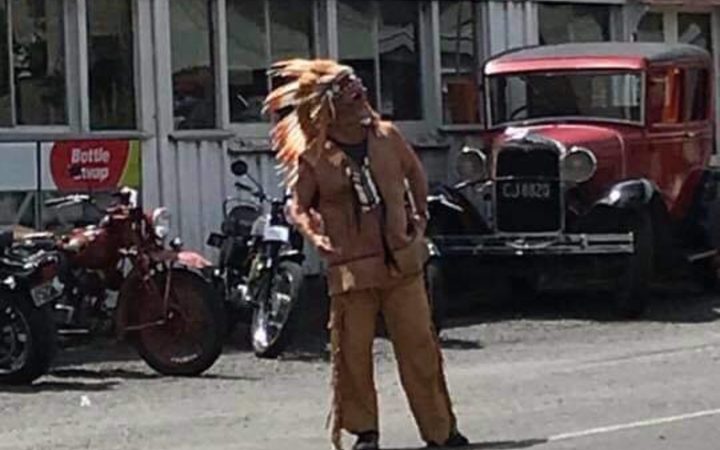 However, pretend tipi tents featured on the festival's page are not uncommon to see in New Zealand. Consumers can buy them in stores like Bed Bath and Beyond.

It's the same for Native American regalia. Most dress-up shops sell replicas as costumes to wear at parties.

But many people who bought these things did not realise how offensive they were, Ms Penehira said.

"When we engage in dress-ups as Indians [and] when we purchase those kinds of crappy replicas of what is incredibly important regalia for first nations people, we're being offensive because we don't understand the importance of them.

"They're not ours to wear, quite simply. They belong to those people and that's where they need to stay."

She and a team of indigenous rights advocates took to social media to respond to the organisers.

They recommended that they take the images down and get rid of any reference to the Native American people at the festival.

In their initial response, the organisers said they hoped people were enjoying the "hate-fest" on their page, and suggested the critics stopped talking rubbish. 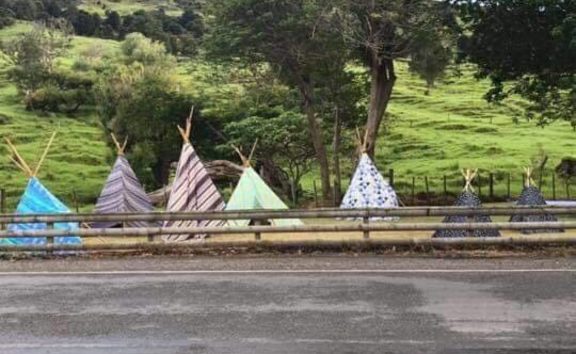 A week later the festival's committee, including its chairman Bruce Lomas, had a change of heart.

"Probably some of us thought, 'oh who are these people to criticise us when we work so hard to do good stuff in our community', but when we got beyond that and saw where they were coming from we realised that it wasn't something that we consciously put together.

"We realised from other people's perspective that it wasn't suitable."

He and the committee have decided to make some changes to the way the festival will run at the end of the month.

"We are looking at trying to encourage people not to imitate American Natives with their dress. We also had a set up for the kids [and] we made tipis. Unfortunately we called it a reservation and that's not very fitting at all. So we're not going to have that at all this year."

A public apology was posted on social media by the organisers, but the festival page has since been taken down.

However, references to the Native American "reservation experience" remain on other sites where the festival is being advertised.