Tens of thousands of cricket fans will be descending on Eden Park in Auckland today for the second game in the T20 series against India. 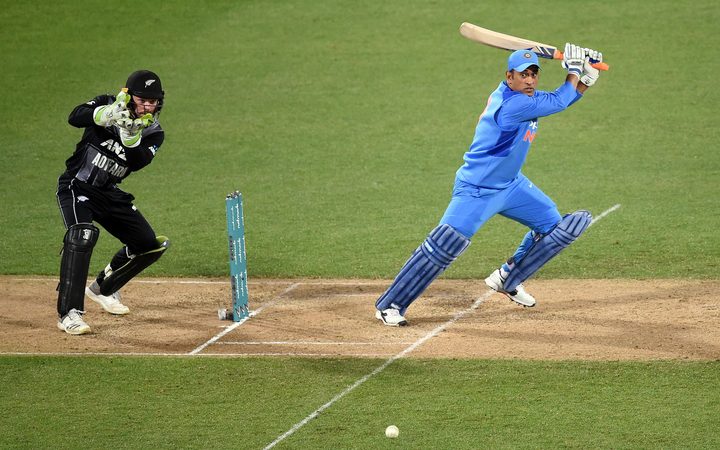 The White Fern and Black Cap double header has sold out with crowd numbers expected to exceed the Cricket Word Cup semifinal in 2015.

But there was disappointment from some in the Indian community who had missed out because it was the only opportunity to see their team play in Auckland.

Friday night's crowd was expected to have more than 41,000, with extra events put on by Auckland's event organisation, ATEED, celebrating cricket and the city's Indian community.

Harshad Patel, a member and former president of Auckland's Indian Association, said Indians were passionate about their cricket, so it would be a very special event.

But he said it was disappointing many people he knew had missed out seeing the teams live.

"Indians are crazy about the game and I'm sure in Auckland they could have done lots better for the ODI."

Mr Patel said because the Indian population was so large in Auckland it was a missed opportunity and more games would have meant more sell-outs.

"I give you a guarantee that if they held games in Auckland, two or three games, it would have been house full," he said.

Eden Park Trust Board chief executive Nick Sautner said they wanted to host two more games but they weren't able to for this tour, because the games started too late.

"New Zealand Cricket's broadcast rights into India meant that they needed to start the games half an hour later and unfortunately under our current constraints we were unable to accommodate those two additional fixtures," Mr Sautner said.

"Sadly for Auckland and the economy, there's probably just under 100,000 cricket fans who have missed out on an opportunity to see cricket live in Auckland."

Auckland councillor and planning committee chairperson Chris Darby agreed that it was disappointing the park's resource consent made it too difficult to host more games.

"The time that the lights have to be off and the broadcaster going into the Indian market needs an extra half an hour or hour and currently that's just not available.

"I think that's a constraint that we have to address."

Mr Darby said the council was in the middle of serious discussions about Eden Park because this issue would crop again soon.

England, India and Australia are all touring New Zealand later this year and in 2020.

New Zealand Cricket told RNZ it was talking to the council, mayor and Eden Park about the resource consent constraints ahead of next season.

Chief executive David White said decisions about where the games were to be played needed to be made over the next two months.

"We've spoken to the council and mayor about it, I think everyone wants it [more games at Eden Park] to happen," Mr White said.

"It's just a matter of going through the process and the bureaucracy of it all."