New Zealand have claimed first blood in their T20 series against India - romping to a 80-run win in Wellington. 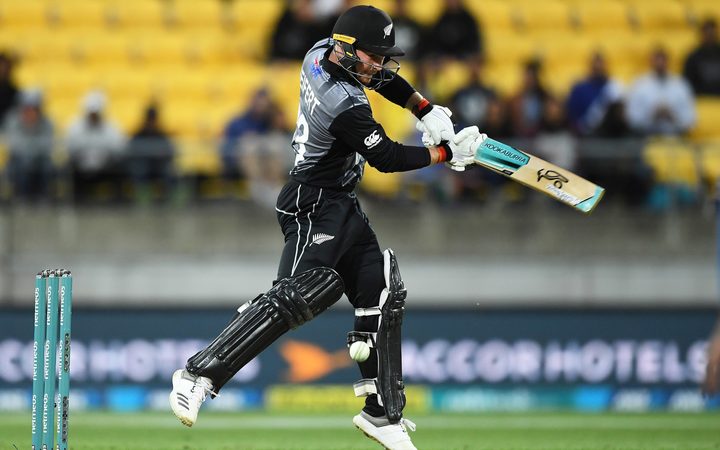 Needing an imposing 220 for victory on Wednesday night, India were all out for just 139 in the final over of the match.

Coming off a comprehensive 4-1 loss in the one-day series, New Zealand turned the tables in the first T20 with impressive performances with both bat and ball.

New Zealand were sent in to bat first after India won the toss and elected to bowl.

Propelled by a brilliant innings from Tim Seifert, New Zealand finished the 20 overs on 219-6.

The Northern Districts wicketkeeper struck 84 off just 43 balls from the top of the order, notching up sevens fours and six sixes in total.

Seifert and Colin Munro combined in an opening stand of 86 in little more than eight overs - the latter made 34 off 20 as the home side got off to a flying start.

Captain Kane Williamson continued the momentum with 34 from 22, while 23 off 14 from Ross Taylor and Scott Kuggeleijn's 20 from just seven balls finished the innings off in style. 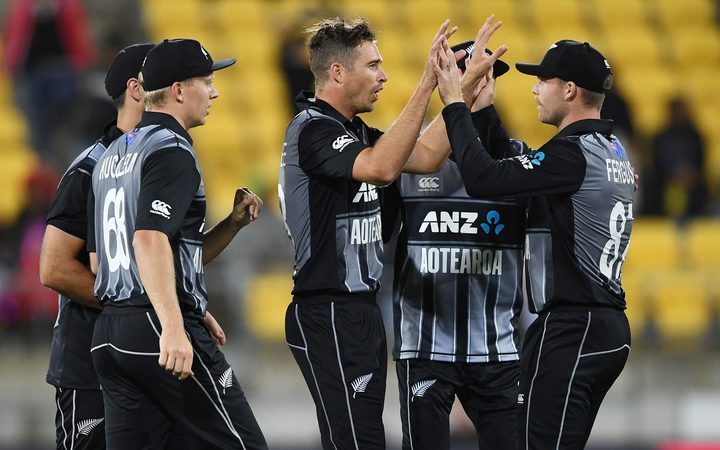 Tim Southee is congratulated by team-mates after taking a wicket against India in Wellington. Photo: Andrew Cornaga/Photosport

"It was a great way to start the series... I've been picked for some reason and I just backed myself," man of the match Seifert said.

India made a decent start as they set out in pursuit of the lofty target, going past 50 in the sixth over with only captain Rohit Sharma being dismissed.

But a searing Lockie Ferguson yorker to get rid of Shikhar Dhawan for a brisk 29 and put the visitors back on their heels.

When New Zealand spinners Mitchell Santner and Ish Sodhi both picked up two wickets in their first overs, reducing India to 77-6 after 11 overs, the result was all but sealed.

Vijay Shankar made 27 off 18 and former captain MS Dhoni hung around and hit 39 off 31, but it was a task too tough for even the most expert of finishers.

Tim Southee led the way in what was a strong all-round Black Caps bowling and fielding effort - the seamer taking 3-17 from his four overs after being left out for all but one of the five one-dayers.

Ferguson (2-22 off four) and Santner (2-24 off four) also returned good figures, while Sodhi finished with 2-26 from his three.

"One of the complete performances you search for. Seifert was excellent," Williamson said.

"The bowling performance was outstanding. We had runs on the board, but bowling and fielding were outstanding."

Game two in the three match series is in Auckland on Friday.