More than 4200 athletes - the oldest a sprinter in his 90s - have dusted off their kit bags to compete at the New Zealand Masters Games in Whanganui this week. 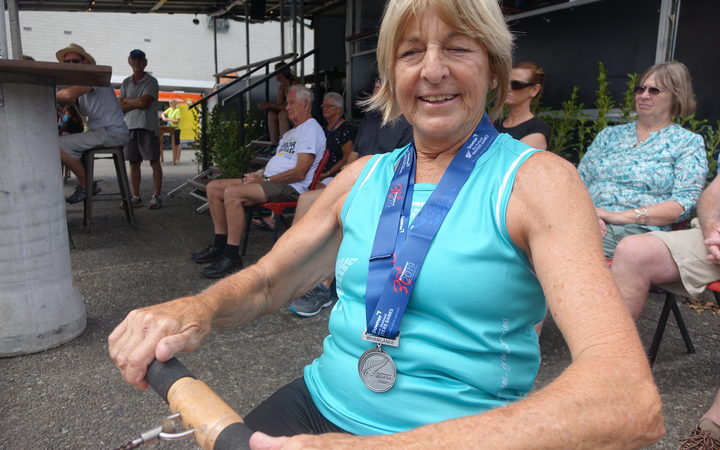 Margie Chiet, 70, doesn't let a couple of metal pieces in her limbs and osteoarthritis hold her back from competing in the NZ Masters Games. Photo: RNZ / Robin Martin

The masters games, which features 53 different sports, is the third oldest sporting event of its kind in the world - and this year its is celebrating its 30th anniversary.

Among those competing in the women's over 50s 500m indoor rowing at the Whanganui Civic Centre was the city's very own bionic woman, Margie Chiet.

Ms Chiet is carrying around more metal in her limbs than Steve Austin from the 1970s cult TV series.

Not that the 70-year-old, who had already bagged a couple of silver medals, was letting the affects of osteoarthritis hold her back.

"It doesn't stop me. I just do what I know I can do and I don't worry about what I can't do. That's my theory anyhow."

The loudest cheer during Ms Chiet's heat was for Auckland's Avila Allsop who was last to finish.

The 83-year-old was competing at the games for the first time - and loving it.

"I've always known about the Masters Games but there wasn't any event that attracted me until this year I suddenly found there was indoor rowing.

"So I started to concentrate and my son-in-law said he'd train me and he nearly killed me, but I just took it from there."

Over at the Barracks bar and restaurant the athletes were taking a more leisurely pace in the 8-ball pool comp.

Nelson's Eric Stewart, 71, said the games were not all about working up a sweat.

Mr Stewart was not about to get involved in any high impact sports. 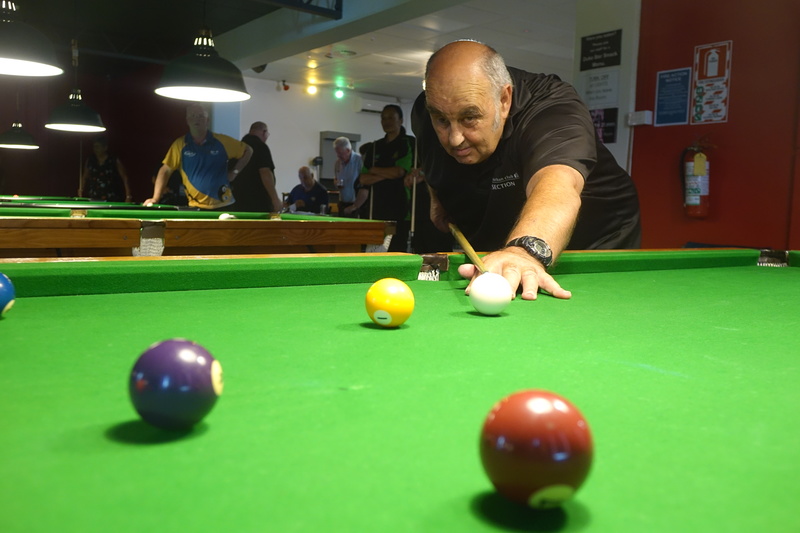 Over at the Barracks bar and restaurant the athletes were taking a more leisurely pace in the 8-ball pool comp, including Nelson's Eric Stewart, 71. RNZ / Robin Martin 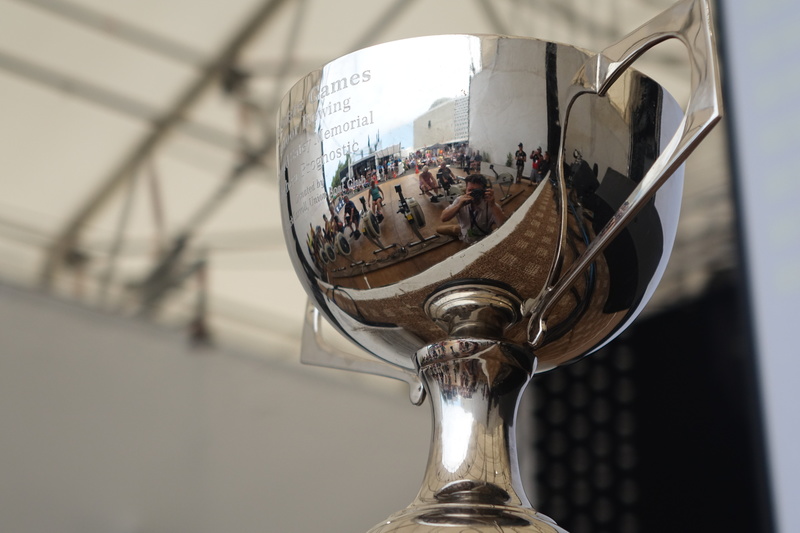 The New Zealand Masters Games is being held in Whanganui this week. RNZ / Robin Martin 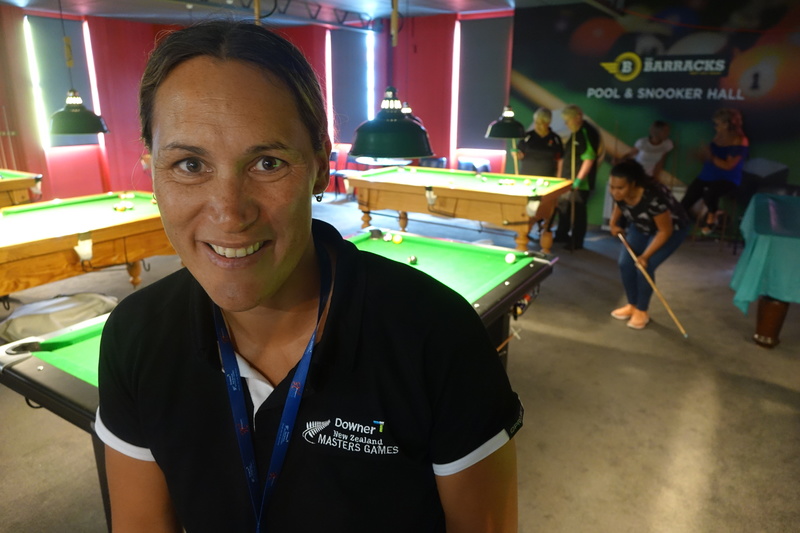 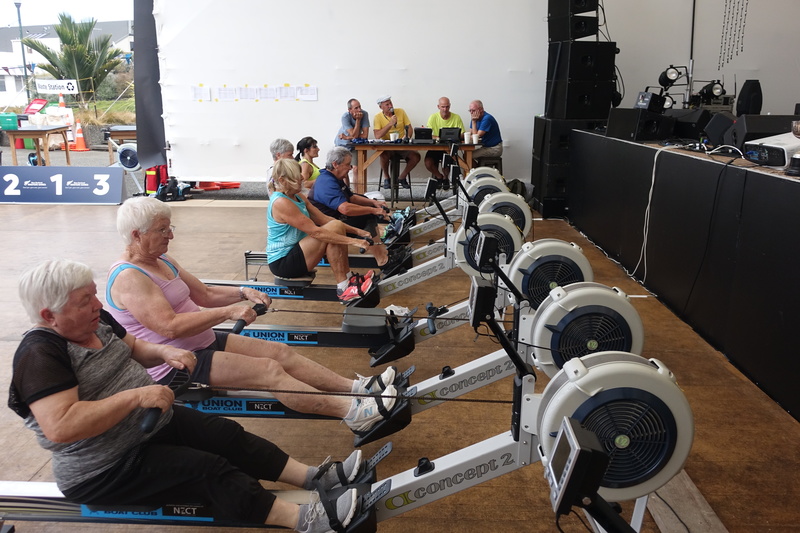 Among those competing in the women's over 50s 500m indoor rowing at the Whanganui Civic Centre was the city's very own bionic woman, Margie Chiet. RNZ / Robin Martin 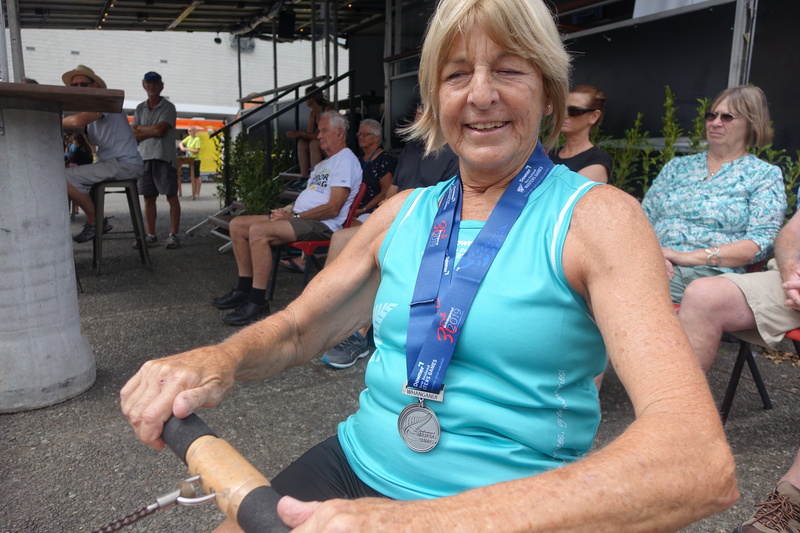 She has already bagged a couple of silver medals, and isn't letting the affects of osteoarthritis hold her back. RNZ / Robin Martin 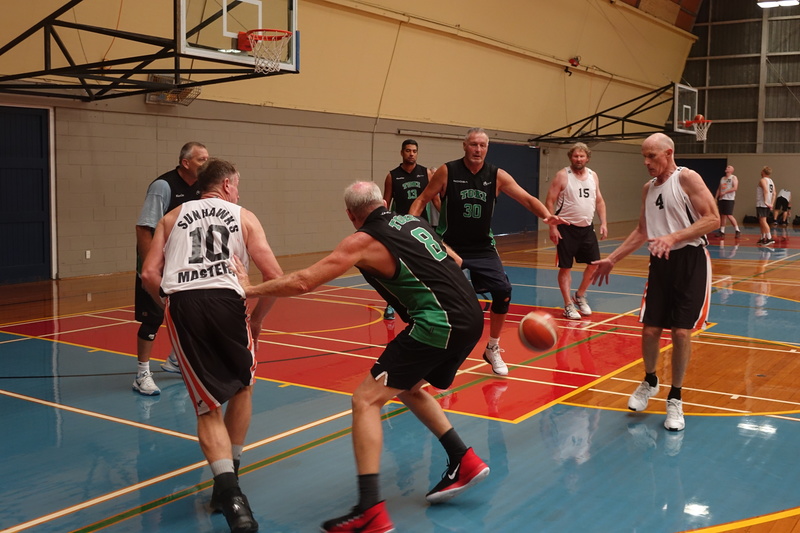 Over at Jubilee Stadium the basketball competition is in full swing. RNZ / Robin Martin 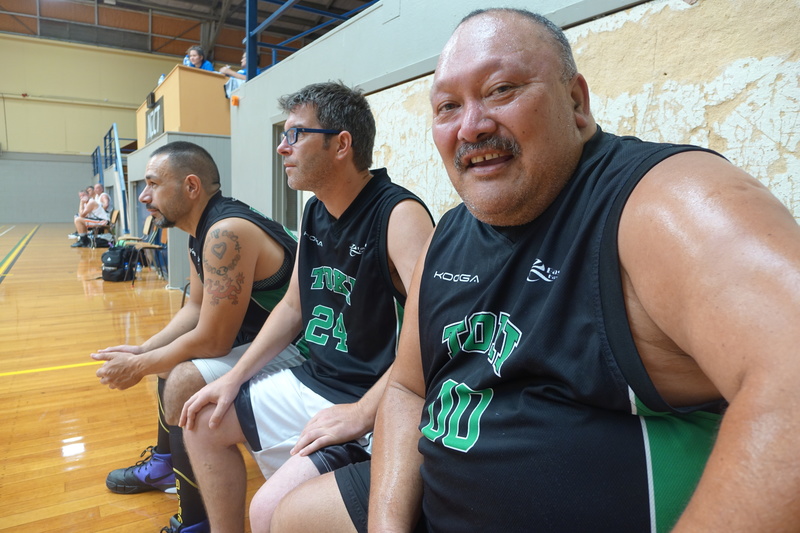 Lakers Legends player Lance Cooper, 51, is playing with buddies from across the country. RNZ / Robin Martin

Former Silver Fern and Whanganui old girl, Jodi Brown, was working as an ambassador and mentoring the athletes.

She said the competitors were an absolute inspiration.

"It's just amazing the amount of people who register and get out there and give it a go. A 92-year-old ran the 100m the other day and got a standing ovation. He was outstanding.

"There was a 79-year-old do the triathlon that I watched and he just did not stop moving.

"I think it's a shame that more people are not witnessing it, because I think they would be really inspired to give it a go.

"I think a lot of people sit back and think it's not for them, but there's honestly something here for everyone."

Over at Jubilee Stadium the basketball competition was in full swing, and the sweat was dripping.

The Hawke's Bay local was playing with buddies from across the country.

"This just keeps us young, mate. It's just about meeting up with old mates and having a good time. That's what it's all about."

Mr Cooper said the team was managing to keep injuries at bay.

The New Zealand Masters Games - which alternates between Dunedin and Whanganui - is the North Island city's biggest regular event and has an economic impact of about $5.8 million.