As police investigate the case of a one-month-old baby who was found with a broken arm at Middlemore Hospital, an Auckland doctor has revealed there was no sign the baby's injury occurred before he was admitted. 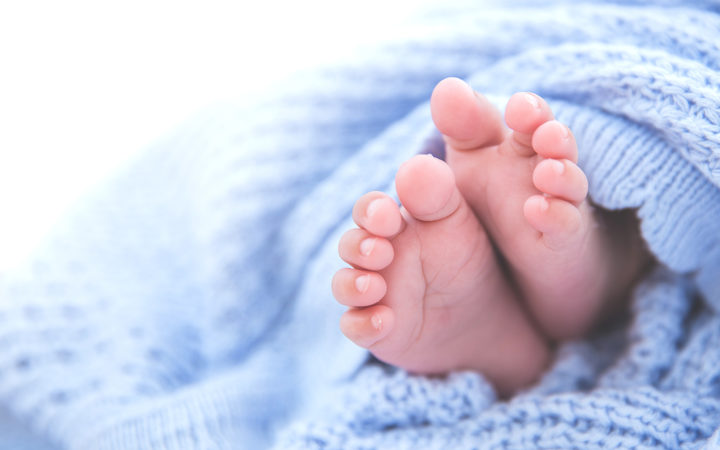 The baby was taken to hospital to undergo tests for measles, during which his mother says his arm was broken by staff. Photo: 123RF

The mother claims Middlemore Hospital staff fractured the baby's right arm while holding him down to perform tests for suspected measles.

Test results for measles came back clear but when an x-ray discovered the fractured arm, the mother was soon questioned by the police and Oranga Tamariki.

The mother insists her baby's arm was not broken before he was admitted to hospital on the afternoon of 23 January.

Flat Bush Medical Centre doctor Hubert D'Cruze examined the baby on the morning of the day the family arrived at Middlemore Hospital.

The family's advocate has provided RNZ with a recording of a recent phone call the doctor made to the family to confirm this.

RNZ has made contact with the doctor, who is yet to respond to further questions.

The mother claimed a member of Oranga Tamariki on the morning the injury was diagnosed told her she couldn't leave the hospital, and her baby would be placed in another home.

Oranga Tamariki's South Auckland regional manager Dee McManus-Emery said in a statement a range of care options were discussed with the family.

However, she denied Oranga Tamariki told the mother she had to stay at the hospital, and said she chose to because she needed to breastfeed the baby.

In another recording given to RNZ, taken during a meeting between Oranga Tamariki and the family, the mother said she was warned about what would happen if she and the baby left the hospital.

"Aftewards she said if I left, I'd be done for kidnapping and they'd have custody of him within 24 hours," the mother explained.

A representative of Oranga Tamariki responded.

"Yeah, she does come across like that but I tell you it's not who she is. The reality is if you were asking her questions she would've been giving you the responses that would've occurred if you'd done those things," the representative said.

In the next recording, the mother's father explained what he saw.

"My concern about most of the thing is that when this process started it was very difficult to actually ... people coming up and basically threatening to sign this custody over and stuff like this," he said.

Oranga Tamariki said staff strongly denied any allegations of bullying or intimidation. They said their work could be complex and at times decisions needed to be made quickly which put the child first.

The mother and her baby are currently at the grandparents' house in Whanganui, where they will stay until police investigations have finished.