Taranaki farmers are being warned they need to do more to meet environmental standards after 58 farms were found to be in breach of their consents in the regional council's latest round of dairy inspections. 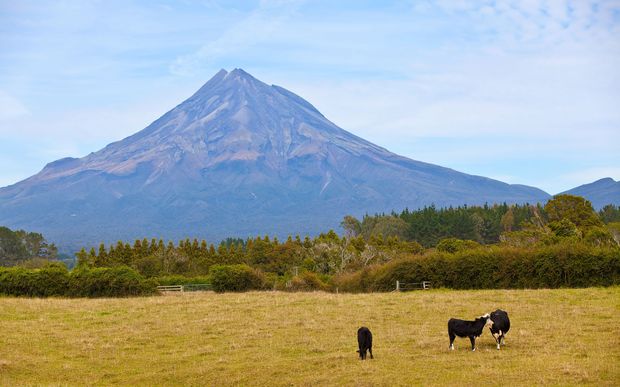 58 Taranaki farms were found to be in breach of their consents when inspected. Photo: 123rf.com

Dairy farmers made up about 73 percent of all compliance breaches during the 2 November to 17 January period.

Director of Resource Management Fred McLay said the overwhelming majority of problems related to the performance of effluent treatment ponds.

"Farmers need to understand that to achieve compliance, they will probably need to do more than just engage a contractor to pump out their ponds."

Many of the 58 farms had already been issued abatement notices and required to undertake immediate remedial work on their effluent treatment ponds.

Mr McLay said the poor non-compliance rate partially reflected that most of the council's testing was done in spring when systems were most under pressure.

"The percentage of non-compliances can be expected to reduce as the round continues.

"It is possible, though, that this season's overall non-compliance rate may be higher than in previous years."

Mr McLay said the transition to land-based treatment of dairy effluent was now well under way, as most farmers were required to make the switch on the expiry of current effluent-pond consents.

"This [inspection round] underscores our message to farmers that it is more economical to invest in land-based disposal systems rather than face the continued maintenance, compliance and higher monitoring costs associated with effluent treatment ponds."

Mr McLay said farmers' existing ponds could be used for storage in a land-based disposal system.

"Many farmers understand the financial and environmental benefits of land-based disposal and are making the switch early."

Complaints about stock wandering unrestrained near streams and of waterways running green also featured prominently in the 114 environmental "incidents" reported to the council of which 38 were found to be legitimate problems.