Commercial building owners in the Queenstown district are facing many more checks and sanctions. 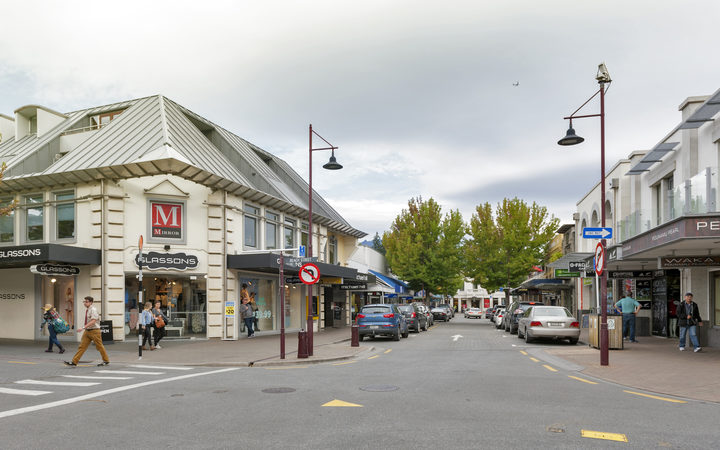 Infringement notices may be issued to some business owners in Queenstown shortly. Photo: 123RF

The Queenstown Lakes District Council had been among a host of councils with lax building warrants of fitness systems, but is turning that around.

RNZ inquiries over several months have shown many councils are not bothering to check properly that buildings are keeping their fire and other safety systems up to scratch.

Queenstown had been doing no on-site audits of buildings' warrants of fitness, when it should have been doing more than 100 each year.

However, it has now begun such audits, and did 23 last year, up from zero.

It's also issued 50 building owners with Notices to Fix problems, compared with just a handful in total in the preceding few years.

It also expected to begin issuing infringement notices early this year as deadlines on Notices to Fix expire.

The changes were in response to reviews by the Ministry of Business, Innovation and Employment, the council said.

"QLDC has implemented changes to the way in which Certificates of Public Use are issued and the way that compliance schedules, including building warrants of fitness (BWOF), are administered," it told RNZ.

The Auckland Council, and the Hamilton, Upper Hutt and Palmerston North City Councils are among other local bodies that have recently begun tightening up, such as by doing more on-site audits of building WOFs.

Building owners must show on a compliance schedule which of those systems they have, and that they've been checked and passed annually by an inspector, known as an independent qualified person or IQP, who then reports to the council.

But many councils have been signing off IQP reports without properly checking how accurate they are, even though they cover critical areas like fire and earthquake evacuation.

The training and monitoring of IQPs and their work is very loose, and their skills, knowledge and the quality of their checks vary hugely.

They are not subject to the type of licensing that covers builders, plumbers and electricians, though the systems they must check can be highly technical.

The Association of Building Compliance is working on a code of practice for IQPs but said this was 18 months or more away from being introduced as it was "so complex".