The Prime Minister and her delegation stressed to iwi leaders today that the door was always open to them but some leaders warned they didn't want their message to be "diluted" by being lumped in with pan-Māori voices. 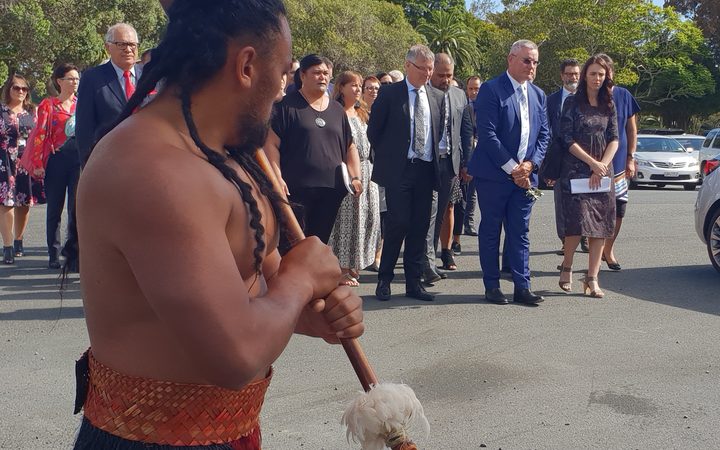 The Iwi Chairs Forum has long held a lot of influence, particularly under the National Party government and its support partner the Māori Party.

Iwi leaders have accepted the Labour-NZ First coalition is a change of tack and while many welcome the opportunity to start again and are optimistic about being heard, others fear the influence and power they had will diminish under the coalition as it looks to other Māori groups for greater input in policy.

Jacinda Ardern was accompanied by a number of ministers including, Kelvin Davis, Nanaia Mahuta, Andrew Little, David Parker and Peeni Henare and representatives from the Green Party and NZ First.

Deputy Prime Minister Winston Peters and Regional Economic Development Minister Shane Jones, who has been publicly critical of the forum, were notably absent.

One forum member told Ms Ardern that she accepted discussions would take place with pan-Māori groups, but she didn't want their message to be diluted into Māori - "we are iwi".

In what is a break from tradition, the Iwi Chairs Forum opened up the meeting with Government representatives to the media.

In the past the meeting with the Crown has been off limits for the media but a spokesperson for the forum says they want to be more "transparent and open" this year and in the future. 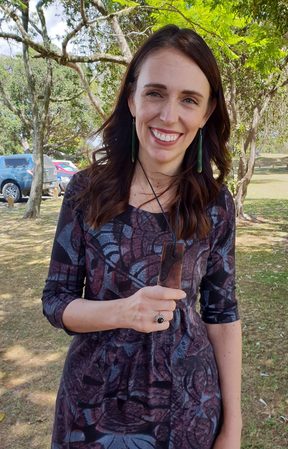 Following the powhiri Ms Ardern was given a gift of a 1400-year-old wooden pendant but was quickly instructed that "it's not yours, it's Te Aroha's" meaning it was intended for her baby, Neve.

The Crown engagement at the meeting centred on a number of recommendations the iwi leaders had settled on at their own meeting on Thursday.

The focus was heavily on freshwater, issues with the Census last year and what sort of a gap in Maori data it would create, Whanau Ora and housing.

Ms Ardern addressed the large meeting about the Wellbeing Budget - the first of its kind - in May this year and the symbolism of it.

She said while in Davos at the World Economic Forum she felt like she was sharing a "Māori world view" when she talked about the Budget and the focus it would have on people and their wellbeing.

"It felt like we're only just catching up on what you've been telling us for some time.''

Whanau Ora Minister Peeni Henare told the group that the review was done and it would go before Cabinet at the first meeting after Waitangi and he was happy to share the report with iwi leaders and welcomed their feedback.

Environment Minister David Parker said he really wanted to try and tackle freshwater allocation issues, despite the challenges ahead, and repeated that he was happy to meet with iwi leaders at any point.

One leader told the forum that she had spent years saying the government wasn't listening and while it was "hard to comprehend" she felt like it was finally happening and it's "genuine''.