Police have charged two people after a statue worth $55,000 was stolen outside a gallery in Auckland. 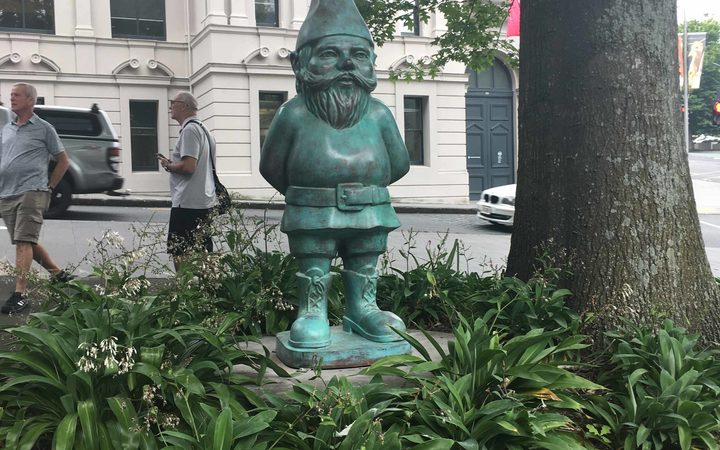 The statue of a gnome was allegedly stolen from outside Auckland's Gow Langsford Gallery on Christmas Day 2018.

The theft was reported to police once the gallery's owner discovered it was missing on Saturday, 12 January, and a few days later it was found dumped outside a Salvation Army in Glen Eden on 15 January.

Police were able to recover it and return it to its owner.

A 46-year-old man and a 55-year-old man have been charged with theft and are due to appear in the Auckland District Court today.

Police are not in a position to comment further as the matter is now before the court.

Gallery director John Gow said the 2m-tall artwork had been installed just one week prior to the incident.

Gow Langsford has displayed artwork on the plinth at the corner of Wellesley and Kitchener Streets for 20 years, and it was the first time one had been stolen.