An increasing number of people are getting into trouble out on the water with inflatable toys and police say it is only a matter of time before it ends in tragedy. 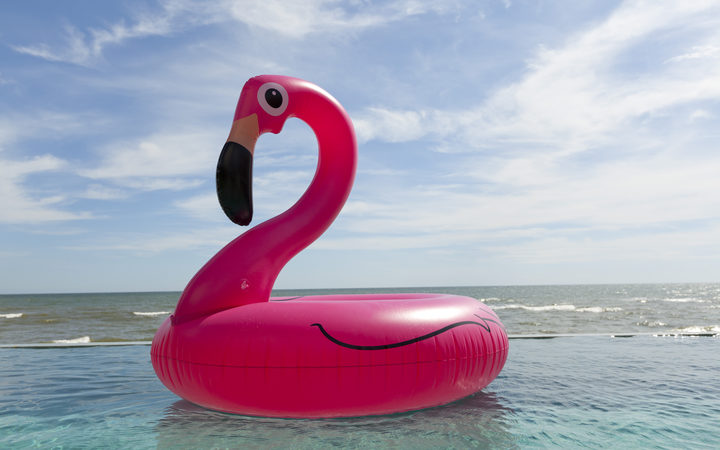 The police maritime unit in Auckland has rescued a number of people who have headed out on stand-up paddleboards, inflatable boats, kayaks and other water toys.

In one incident before Christmas, nine children between the ages of 10 and 16 were rescued from a large inflatable toy swan off Bucklands Beach.

Sergeant Garry Larsen said the group got caught in a strong current and they were not able to make it back to shore.

"We want people to have fun but we don't want them to become drowning victims," Mr Larsen said.

People needed to be aware of the tidal conditions, as well as which way the wind was blowing, he said, as in an offshore breeze on an outgoing tide people were more likely to find themselves swept out.

There had also been occasions where police had been called out, because someone had found an inflatable drifting at sea.

In those instances, Mr Larsen said they had to check whether there was someone with the inflatable - and that came with a cost.

"If we have to get units out there to start searching, it could take us eight or nine hours to clear an area, and this is avoidable if people just look after their equipment.

"If they do lose a piece of equipment, just give the police a call and say this has happened. It might avoid us spending thousands and thousands of dollars on search assets that aren't needed."

People who were heading out on the water should also make sure someone onshore knew where they were heading. That way, they could raise the alarm if they got into trouble, Mr Larsen said.