New Zealand firefighters are on high alert this evening as they battle blazes in Tasmania during one of the worst days of the fire season so far. 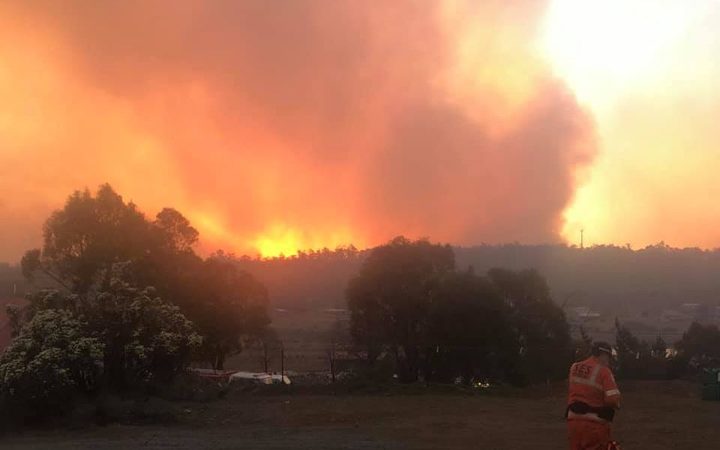 Residents in parts of in the region have been told to evacuate as 66 fires burning across the state and emergency alerts are in force in three areas.

Six hundred people are currently involved in the firefighting effort.

A team of 10 kiwi firefighters tasked with battling the Gell River blaze had to remain at their Bushy Park base camp this evening in the southern region of Tasmania, as conditions were deemed too dangerous.

A major fire has been raging in the remote mountainous region northwest of Hobart, scorching more than 20,000 hectares of wilderness since it started on 28 December. 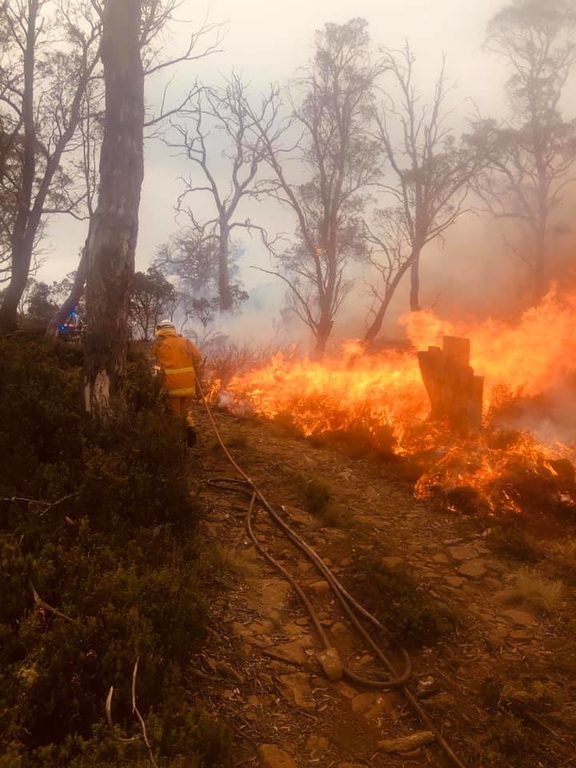 The area experienced more than 4000 ground impacting lightning strikes on 14-15 January that ignited more than 70 fires, 50 of which are ongoing.

Another team of 10 New Zealand frontline firefighters are based further south in the Riveaux area, while a team of seven aircraft management specialists remain in the northwest of the region.

Hot temperatures, strong winds and dry thunderstorms have caused havoc across the region.

NZ Fire and Emergency liaison officer Nigel Dravitzki has been based in the State Coordination Centre of the Tasmania fire authority in Hobart since arriving earlier in the week.

He told RNZ the New Zealand fire crews were dealing with a "dynamic environment" and that they were working to a pre-planned agenda, which included evacuations and saving structures and property in their assigned areas.

However, he said, after a safety assessment this afternoon it was decided the Alpha Team based at Bushy Park remain at base camp until conditions improved.

"The situation is very volatile, with high winds and the potential for dry lightening, bringing the possibility of new blazes," he told RNZ.

"Conditions will be reassessed this evening and the crews will be advised accordingly, but at the moment the Gell River team remains at camp."

The Taranaki/Ruapehu/Whanganui principal rural fire officer said New Zealand teams would remain in Tasmania as long as the local fire authority needed them.

"We are dealing with a lot of variables, so it's hard to tell how long that will be."

Major concerns remained for communities in the state's Central Plateau as well as towns south of Huonville, with the Tasmania Fire Service (TFS) advising people to leave.

The TFS had warned about of the possibility of embers sparking new fires up to 20km ahead of existing blazes.

Strong, gusty and hot developed today, with gusts up to 90km an hour.

Severe fire danger is predicted for the Midlands, South-East, Upper Derwent Valley and East Coast, with very high fire dangers across much of the remainder of the state.

A state-wide total fire ban is in place until 2am (local time) on Monday.