The Lime e-scooter concession for Auckland has been extended until the end of March. 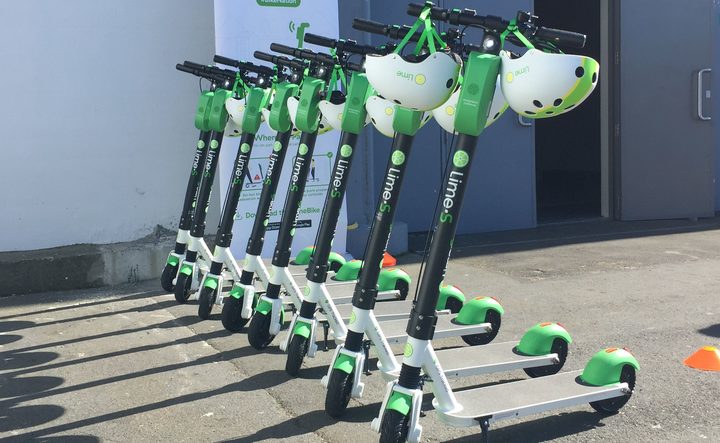 The Lime e-scooter concession for Auckland has been extended until the end of March. Photo: PHOTO / RNZ Colin Peacock

In considering the extension, the council had considered its ambitions to be a smart technology city, reduced car dependence and environmental outcomes, as well as safety concerns, Auckland Council chief operating officer Dean Kimpton said.

"We've taken [safety concerns] into account when we've thought about the extension to the trial so the sort of things ... we will work closely with Lime on will be around ambassadors, roaming ambassadors providing education, information, reminding people of safety, pop-up tents and locations where we can inform people.

"We will look at how we can better manage speed - what are the options, the technology options. We will reflect on - with Lime - how we extend that trial and what conditions might be put in place around additional Lime scooters in other parts of Auckland because there is a demand for that."

"It's been fascinating, the significant uptake of e-scooters, and this is not just in response to Lime, it's also in response to people's interest in different modes in transport. We've seen e-scooter growth through private ownership as well," he said.

Auckland Transport's chief executive Shane Ellison said e-scooters helped with encouraging the shift away from private transport in the city.

However, he was also conscious of safety and the extended trial would provide a better understanding of the risks of e-scooters.

So far, Lime had been a responsible operator, he said.

Lime's New Zealand launcher Hank Rowe said as part of the extension Lime agreed to ambassadors to "make sure people are doing the right things around our scooters and with our scooters, while at the same time we will be doing pop-ups with Auckland Council."

Lime would be paying for the ambassadors, but how many there would be wasn't decided yet, he said.

Mr Kimpton said the council is pleased with its relationship with Lime and will continue to work closely with it.

The granting of a permanent licence to Lime depended on how well the remainder of the trial went.

Lime scooters launched in Dunedin today and they are already established in Auckland, Christchurch and the Hutt Valley. They're also destined to be launched in Queenstown.

Mr Rowe said the uptake of its scooters in Auckland had been "phenomenal" and had performed in the top five markets internationally.