Several dozen people against rodeos protested outside the Warkworth rodeo today, following the death of a bull last week. 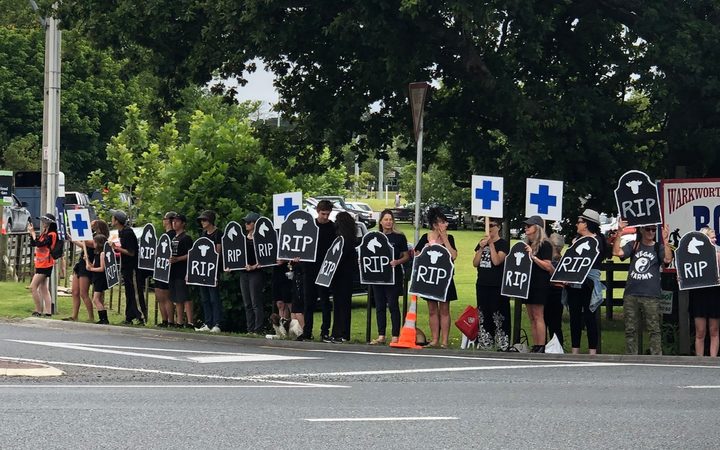 The bull was euthanized at a Gisborne rodeo after dislocating its leg.

"We're quite confident that if we see the worst aspects of rodeo removed, it pretty much will be the end of rodeos in New Zelaland, because they're quite dependent on those aspects of causing distress and terror on animals."

He said tail twisting, rope-burning, flank-straps, the use of animals under 12 months and electric shocking needed to be banned.