A bull has been killed after dislocating its leg in a rodeo in Gisborne yesterday. 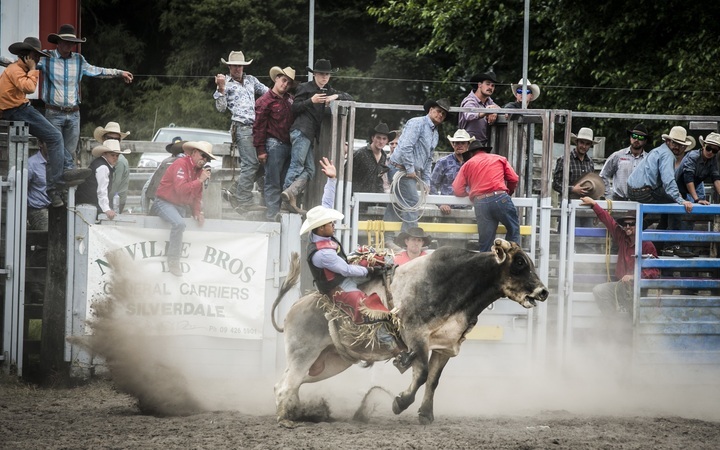 Animal rights activists, who posted video footage of the incident on social media, said the bull's leg snapped with "a loud sickening bang" as it was being ridden in front of the crowd.

After 25 minutes gunshots were heard from a closed pen, they said.

The incident follows a controversial year for rodeos, with protests and legal action among a groundswell of concerns about animal welfare at the events.

It was time for the Labour-led government to make good on pre-election promises to curb the worst abuses, including tail-twisting, rope-burning, flank-straps and electric shocks, said Direct Animal Action spokesman Apollo Taito.

"While we're pleased that the Labour-led government asked the National Animal Welfare Committee (NAWAC) to take a closer look at the worst aspects of rodeo this year, it's not enough," he said.

However, rodeo organisers said such events were rare.

A report was being prepared on the incident, Rodeo Cowboys Association president Lyal Cocks said. But he could confirm the bull was euthanised with veterinary supervision after it dislocated a hind leg.

"Any loss of any animal is devastating, we hate it.

"But you've got to make sure you keep it in perspective," he said. 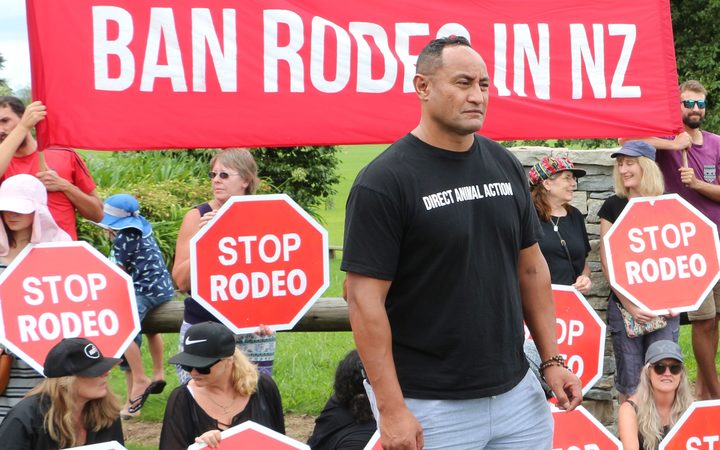 "It doesn't overshadow the fact we're running multiple rodeos throughout the country with hundreds of competitors involved, hundreds of animals and thousands of spectators."

The rodeo industry was continuing to make improvements to animal welfare, including banning calf-riding, reducing the length of time animals were in the ring and the number of times they were ridden, he said.

In November the New Zealand Animal Law Association announced criminal charges against a rodeo clown who had been filmed using an electric shocker on cattle and calves.

Footage of the event had been filmed by RNZ's Checkpoint, and the Ministry for Primary Industries investigated it and issued a warning.