A New Zealand volcanologist says the type of tsunami that hit the Sunda Strait in Indonesia is almost impossible to predict. 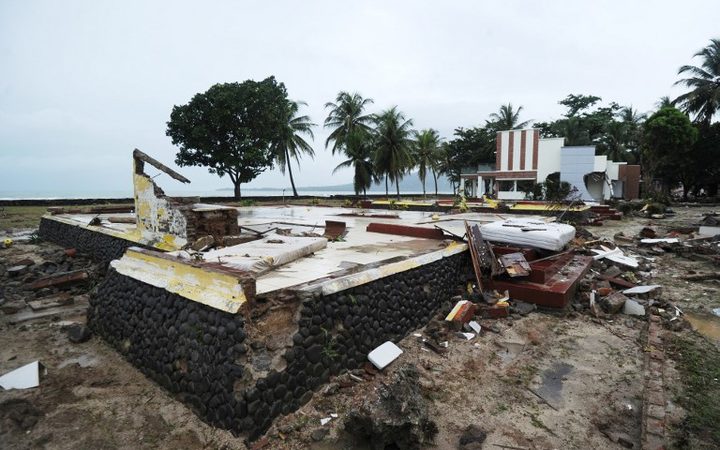 As the search for survivors continues in Indonesia, volcanologists have been researching the possibility of a volcanic eruption under the water surrounding Auckland. Photo: AFP

Janine Krippner said this series of events is extremely dangerous for that reason. And New Zealand's coastal volcanic areas like Auckland are not immune from such a disaster.

"A volcanic eruption could certainly occur under the water surrounding Auckland and then that could be a potential scenario.

"There's no indication of anything like that happening now but it's definitely a concern that volcanologists have been considering and researching the potential of that happening."

Meanwhile, Indonesian New Zealanders face an anxious wait to hear whether family members are okay, as the death toll from Saturday's tsunami continues to rise.

Giant waves crashed into coastal towns on the islands of Sumatra and Java on Saturday, killing more than 280 people and injuring more than 1000 people.

Indonesian-born New Zealander Ani Kartikasari said she was relieved to hear her brother and other family members were safe.

She said she had not heard from some family members until today, when she found out they were all okay.

Prime Minister Jacinda Ardern said New Zealand was ready to assist the government of Indonesia with relief and recovery efforts.

Ms Ardern has expressed her condolences to the people of Indonesia for the loss of life and damage.

She said her thoughts were with the victims and everyone affected by the tragedy.

The Ministry of Foreign Affairs and Trade says about 300 New Zealanders are currently registered as being in Indonesia.