The sheep dubbed the world's cutest have given birth to their first lambs in New Zealand. 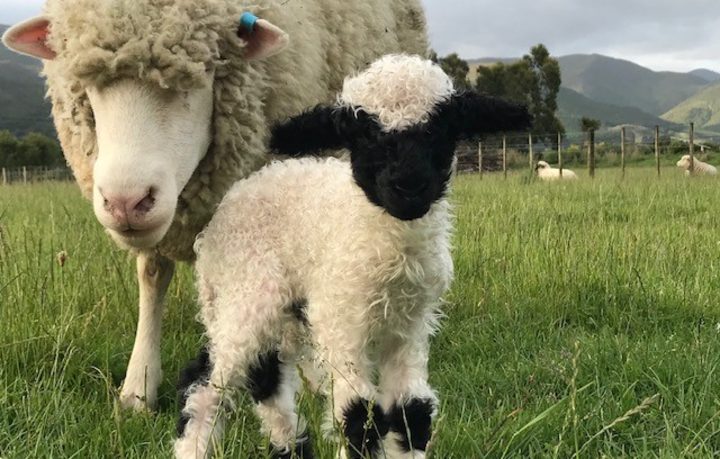 One of the Swiss Valais Blacknose lambs born in New Zealand. Photo: RNZ

Wairarapa farmer Christine Reed and her business partners imported Swiss Valais Blacknose sheep as embryos from the United Kingdom about 18 months ago.

Over the past two weeks, Ms Reed's sheep have brought five tiny bundles of fluffy cuteness into the world, while her business partners had similar numbers of newborn lambs arrive.

While the lambs have fabulous black markings on their white wool coats, more boys were born than would have been ideal, she said.

"They just look cute. They look like one of the rag dolls that you might get in your children's collection of toys," Ms Reed said. 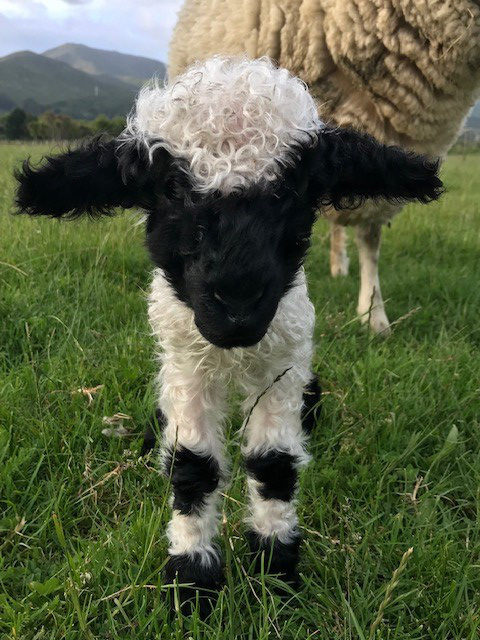 In the United Kingdom, a Valais Blacknose ewe sells for about $NZ10,000 and Ms Reed paid about $10,000 to $20,000 for each ewe successfully raised from the imported embryos.

At that price, the sheep were valued for something other than their meat, she said.

"We will never eat these - they're too cute to eat.

"They're pets - they are more like a family dog than they are a sheep."

While some sheep have a reputation as being stupid, Ms Reed said the Valais Blacknose sheep not only have great personalities, but display intelligence.

"They have the sweetest, most endearing personalities...

"They will almost put themselves into the yards when you need to do something with them, so they're never a problem."

In the Swiss alps, where the sheep were originally bred, they are known for joining trampers on trails.

"They just love people's company, so they will follow you about.

"They will run up to you to see what you're up to."

Ms Reed's sheep became social media stars after they were popular attractions at the Agricultural Show in Christchurch last month.

Only a handful of farmers in New Zealand are breeding the Valais Blacknose.

But they have been bred in Switzerland for hundreds of years.