There is no proof that E coli found in three Canterbury rivers came from cows, according to Federated Farmers. 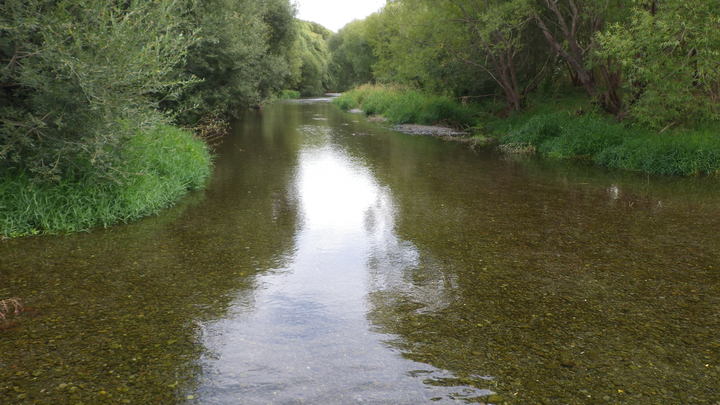 The Selwyn River is one of three rivers in Canterbury where the dangerous E coli STEC pathogen was found. Photo: Green Ideas editor Greg Roughan

Fish and Game insisted the cause was leaching from dairy farms.

But Federated Farmers water spokesperson Chris Allen said the problem could be caused by wildlife, or human activity, as well as from animals.

He cited research by Environment Canterbury in the nearby Ashburton River which contradicted Fish and Game.

"That (research) measures how much E coli is present," he said.

"Scientists then take those samples and they DNA test them, it is what they call source tracking.

"From this test, it was overwhelmingly conclusive that (the E coli) was from avian species," Mr Allen said.

The Environment Minister David Parker has suggested that some land use might have to change away from dairy, possibly towards horticulture, because of the contamination.

But Mr Allen said far more proof was needed before that should happen.

Craig Dupree said animals, humans or water birds like ducks, could all be to blame for the bacteria.

Dr Dupree said the problem was far more complicated than Fish and Game appeared to believe.

"This was a one-time-period study, where (the scientists) have gone out and taken water samples during the winter, when the rivers may had elevated flows," he said.

"From that one-off study, they have detected some of this STEC E coli pathogen.

"We don't know the significance of those concentrations and what the implications may be for people enjoying the water.

"There are also multiple sources (of the bug), and we know that those pathogens can come from cattle, sheep, septic tanks and waterfowl like ducks and swans."