The rise of 'strong man rulers' such as Donald Trump has galvanised women to defend their rights and fight for equality, Amnesty's New Zealand campaigns director says. 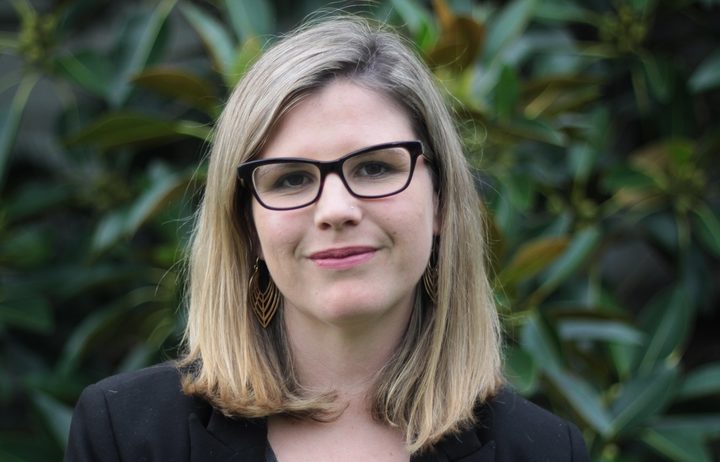 Laws that protected the rights of women are being overturned in some countries, Meg de Ronde says. Photo: Supplied

Effective activism by women and minority groups has been a feature of 2018, as they seek to counter the influence of 'tough guy' leaders, said Meg de Ronde, campaigns director for Amnesty International NZ.

She told Sunday Morning that Amnesty's Human Rights report for 2018, released today, had noted that yet again the world has seen the rise of "populist rhetoric" from leaders such as Hungary's Prime Minister Viktor Orban, United States President Donald Trump, Philippines president Rodrigo Duterte, and Brazil's president-elect Jair Bolsonaro who was elected recently despite "taunting women and laughing about rape and assault", Ms de Ronde said.

"So certainly this narrative of strong male leaders who create 'them and us' tensions between minorities has really galvanised women activists across the world. Amnesty International has charted [in its report] this rise of women fighting back against some of this really horrendous oppression of minority groups."

She said the success of these leaders was not based on new tactics - they were used in the 1930s and again in the late 1980s and 1990s when mass media made it easier to demonise LGBTI people and immigrants.

"With that level of populism it becomes very easy to get mass hysteria and fear whipped up against others and I think that's exactly what we're seeing again."

In such a climate laws that protected women's rights and minority interests were being overturned, with the likes of the rollback of contraception access and protection for trans people in the US and getting tough on drug users in the Philippines that had become "a war on the poor that's seen thousands of people murdered in the streets".

Ms de Ronde said it was surprising that many groups had not given up in the face of such tactics, however, they were refusing to and were continuing to fight for their rights and demand change.

One huge success was the reform of tough abortion laws in Ireland, which many thought would be impossible given how conservative and religious it was.

"Yet a mass movement of people with their amazing campaign of Home to Vote that you may have seen sweep across social media managed to lift really restrictive laws against abortion there."

A similar campaign in Argentina saw women aged from their teens to their nineties work for abortion law reform, and although they had narrowly failed, Ms de Ronde believes the fight has not ended.

In other parts of the world, such as India and South Africa, women had demonstrated to show they did not want to lose the rights they had and they wanted equality.

While New Zealand did not have a 'tough guy' ruler, it could not afford to be complacent given that its statistics on domestic and sexual violence were "troubling" when compared with other developed nations, Ms de Ronde said.

Ms De Ronde said there needed to be more funding for service providers who deal with gender-based violence, including for those who work with different ethnicities.

Another area that was becoming problematic was resourcing sex education including around consent for schools.

"With access to the internet and social media, children younger and younger are getting conflicting messages about women, consent and their bodies."

It was an area that needed to be taken seriously from a young age, she said.