A housing crisis in Lower Hutt is being exacerbated by people moving into the city from nearby Wellington in search of cheaper rent. 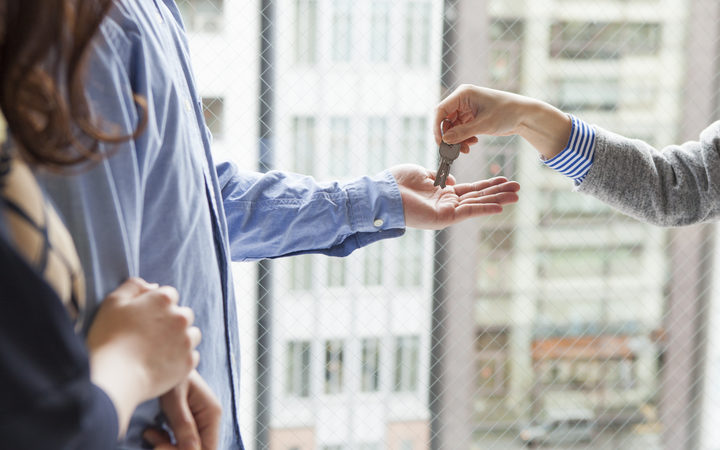 Homelessness in the city has got so bad almost half of the Wellington region's emergency housing grants are being paid to Lower Hutt.

This year, Hutt City Council has been working out how to address the problem.

Nicole Gray, 27, was working full-time in Lower Hutt when she found herself homeless.

She and her son, who is now eight-years-old - had to leave their home in August 2017.

Ms Gray was pregnant at the time, and had to house-hop among family and friends, and stay at motels as emergency accommodation.

She spent a lot of her time looking for a flat to live in.

"They were way out of my budget for what was being offered as well, for a two-bedroom house back then it was $300, and the quality of the house was still inadequate housing, which is still a form of homelessness as well, so it was pointless."

She said having one child, and another on the way, meant she wasn't going to get a flat over a professional couple without kids.

Ms Gray had since found somewhere to live, but said being homeless and a mother made her feel like a failure.

"It was real sad and painful because I did have children and I felt like I wasn't providing and it questioned my parenting when I was doing everything possible to give my kids everything, but I just felt like I kept failing," she said.

Ms Gray was just one of many without a stable home in Lower Hutt.

Figures showed the number of emergency accommodation grants paid in Lower Hutt jumped from 348 last September to 600 this September.

Forty-five percent of emergency accommodation funding spent in the Wellington region in September, was paid out to Lower Hutt households.

Trade Me figures show rents in the city rose 18 percent in the last year - more than anywhere else in the region.

But the average rent there was still less than in Wellington, a 20-minute drive away.

Wainuiomata community board member Keri Brown had been helping families to find somewhere to call home.

She had been at a flat viewing where professionals from Wellington were given priority over families from Lower Hutt.

"Lots of families turn up, they will lose out and they have lost out to a childless couple in Wellington, who is on a high income and they may get a rental that's three bedrooms, whereas it could have gone to a family with children," she said.

Ms Brown said many of those left without a home, were surprised to find themselves in that situation.

Citizens Advice Bureau Lower Hutt coordinator Lynne Philp said the number of people coming in for help finding a house had increased a lot in the past few years.

She had compiled a report for the council, and said she had come across stories like a woman living in emergency accommodation with a primary school-aged daughter, in shared accommodation, and feeling unsafe, and that it wasn't a suitable place to raise her girl.

The woman had been on the social housing waiting list for over a year, Ms Philp said.

A client had also come in with an unrelated issue and mentioned she was homeless, with children.

People were also stuck in substandard mouldy homes that were bad for their health, she said.

It was heartbreaking to see people coming in desperate for a home, and feeling like there was nothing more that they could do to help themselves, or their families, Ms Philp said.

It was encouraging that the council was putting effort into finding a solution to the issue, she said.

Hutt City Council was creating a strategy to deal with the increase of people without their own homes.

The council had been looking closely at homelessness in Lower Hutt, as it worked out a strategy to fight it, a senior policy advisor at the Hutt City Council, John Pritchard, said.

"Homelessness in Lower Hutt is increasing and people remain homeless in emergency accommodation and insecure and unsafe situations for extended periods of time.

"We've also found that homelessness and housing hardship affect a whole range of people in the city."

He said the message the council was getting was that there were simply not enough houses.

Cities nearby in the Wellington region had the same demand for state housing, social policy analyst for the Salvation Army, Alan Johnson, said.

"For example in Porirua City there has been a similar increase in the last year as Lower Hutt in terms of demand, and in Upper Hutt City it's similar.

"[In those cities] there's been a 70-to-75 percent increase in the last 12 months, and that's well above the national average, which is around 60 percent."

Hutt City councillors had been given a report explaining what was happening in their city, and a strategy against homelessness would be discussed at a council meeting in December.