The NSSA report said the percentage of children achieving at the level expected of their age group declined between Year 4 and Year 8 in every subject except reading. Photo: 123RF

A leading science educator is shocked by a study that shows just 20 percent of children in their final year of primary and intermediate schooling are reaching the expected level of the curriculum in science.

The National Monitoring Study of Student Achievement said the figure for children in Year 8 was the worst of any subject in the curriculum.

The founder and chief executive of science education trust, the House of Science, Chris Duggan said the result had huge implications for society.

"It's shocking and I'm sure that there'll be a lot of people very disappointed," she said.

"The Year 4s have improved slightly but the Year 8s it's still really, really bad. To look at that and see that 80 percent of our Year 8s are going into secondary school with insufficient science to allow secondary teachers to start teaching where they should, that's a real worry."

Ms Duggan said many years ago science teaching was well-supported with government-funded science advisors who worked with primary school teachers and specialist resources for use in science lessons.

But that support had not been available for a long time and in addition the introduction of the national standards in reading, writing and maths had sidelined other areas of the curriculum, including science, she said.

"Science isn't well resourced. We need a system that's really going to make science normal again in every classroom in our schools."

"We need a population that has some basic level of scientific literacy, that can look at the world through scientific lenses and without that we're in trouble. We end up with people making uninformed decisions about themselves, which is not good, but even for their families, for society, and eventually the economy and the whole planet suffers."

The National Monitoring Study of Student Assessment results were based on testing of more than 2000 Year 4 and Year 8 children in 2017.

It found 94 percent of Year 4 children were achieving at the curriculum level expected of them in science, "developed" levels 1 and 2, but the figure for Year 8 students was 20 percent.

The results followed ongoing concern about poor science scores for New Zealand school children and were published amid preparations for a major international test, the Trends in International Mathematics and Science Study (TIMSS), which covered children in Years 5 and 9, and shortly after testing of 15-year-olds for another, the Programme for International Student Assessement (PISA).

In the most recent PISA testing in 2015, New Zealand's science score reached its lowest point ever at 513 points, though that was the 12th highest score of the participating nations.

In the TIMSS test, New Zealand's average scores rose slightly in 2015 after hitting a low point in 2011 and were among the lowest for Year 5 children, but in the upper half of results for Year 9 students.

The report also said the percentage of children achieving at the level expected of their age group declined between Year 4 and Year 8 in every subject except reading.

The study has tested several thousand children in two learning areas every year since 2012 and has covered every area of the curriculum.

Last year it assessed Science and Health and Physical Education, both for the second time since the programme started.

"At Year 8, the curriculum expectation is for most students to have achieved at Developed Level 3 and 4. However, at Year 8 only 20 percent of students achieved at that level," the report said.

The report said the average levels of achievement were slightly better than the 2012 assessment of science performance, but the differences were not statistically significant at a national level. However, Pasifika children and children from low decile schools had improved by a factor equivalent to a year's learning in science.

In Health and Physical Education the study tested 1200 children in critical thinking and learning through movement.

It said in learning through movement, 63 percent of Year 4 students were achieving as expected, but for Year 8 children that dropped to 45 percent.

In critical thinking 88 percent of Year 4 children achieved as expected, but in Year 8 the figure was 33 percent. 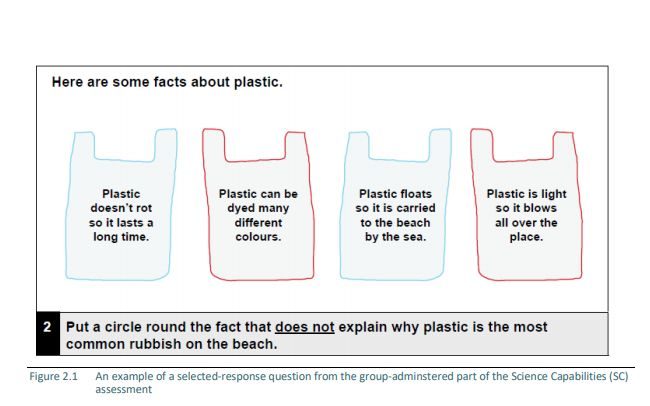 A report on findings from the first full cycle of the study said children in high decile schools had higher average achievement than those in low decile schools but students made similar rates of progress from year to year, regardless of the type of school.

"Although students across all SES [socioeconomic status] levels are making similar rates of progress, due to their low achievement in Year 4, the progress made by low SES students does not allow them to catch up to the higher levels of achievement seen by high SES students at Year 8."

The report noted that in all the learning areas covered between 2012 and 2017 except for English: Reading, the percentage of students achieving at the expected level dropped between Year 4 and Year 8.

The percentage of Year 8 students achieving at the expected level of the curriculum was lowest in science, 20 percent, and highest in English: Listening at 70 percent. In maths the figure was just over 40 percent and in English: Reading it was 59 percent.

"One reason why the proportion of students meeting curriculum expectations decreases between Year 4 and Year 8 is that the expectations of different learning areas in the curriculum may be too easy at Year 4/level two or too hard at Year 8/level four," the report said.