New Zealand teenagers' scores in an international test of maths, science and reading have bottomed out at their lowest point since testing began in 2000. 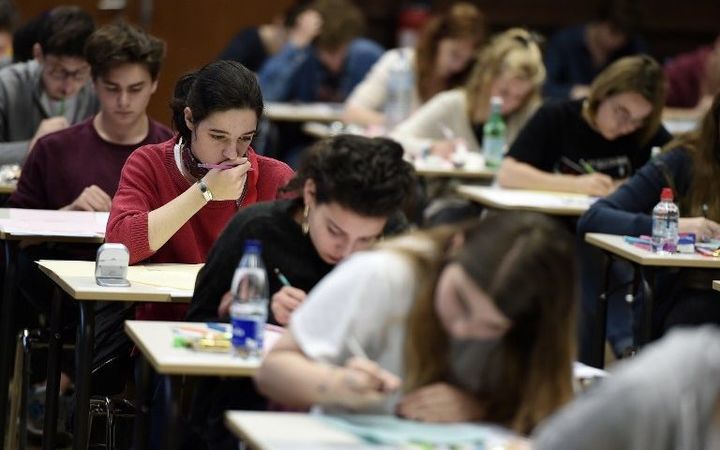 New Zealand's scores in maths, science and reading in the PISA tests were above OECD averages. Photo: AFP

But their rankings in the Programme for International Student Assessment (PISA) test of 540,000 15-year-olds in 72 nations and economic areas have improved, because other countries' average scores declined even more.

The results of the two-hour test conducted last year were published overnight and show slight decreases in New Zealand's scores in all three subjects.

The falls were small - three to five points in scores of 495 to 513 points - and were not regarded as statistically significant.

The government said that was good news and showed that New Zealand's scores had stabilised following a sharp drop in the previous round of tests in 2012.

As in previous PISA tests, New Zealand's scores in all three subjects were above OECD averages.

Singapore had the highest scores of all countries in all three subject areas.

In science, 17 percent of New Zealand teens were low-performers - the same figure as in 2012 - while 13 percent were high performers.

The results showed the gap in the average scores for students from poor and rich backgrounds was the equivalent of more than three years of schooling in all three subject areas.

Māori students had average scores about the same as the average for the poorest 25 percent of students, while Pasifika students' averages were lower.

New Zealand had one of the biggest variations in students' achievement within schools, meaning this country's schools tended to have students with a wide range of abilities. The variation between different schools was small compared to most other countries.

Education Minister Hekia Parata said the public should not be worried by the slight drop in each of the scores because the changes were statistically insignificant.

She said the results showed New Zealand had stabilised while other countries' scores had fallen.

"So our rankings are much better than in 2012. We have stabilised and we have now got to improve from there."

Ms Parata said New Zealand was ranked higher than countries including Australia, the United States and the United Kingdom.

She said she did not expect another fall in New Zealand's scores because the government had invested a lot of money in education including $400 million in the new communities of learning and scholarships for maths and science teachers.

The Education Ministry's deputy secretary for evidence, data and knowledge, Craig Jones, said there was a lot to be proud of in the results, particularly New Zealand's ranking compared to other countries.

"The declines that we saw between 2009 and 2012 have stopped, so they've stabilised. There hasn't been any change between 2012 and 2015 in our maths, reading and science achievement, so that's good."

Mr Jones said there were still quite big gaps between rich and poor students.

"But the good news in this cycle of PISA is that the extent to which socio-economic status explains, or is predictive of student achievement, has gone down."

He said it appeared the school system was becoming more equitable and that could be because schools were paying more attention to student achievement data to understand where students were at in their learning.

Mr Jones said it was not unusual that PISA scores had declined in recent years while NCEA pass rates rose because the two systems measured different things.

He said PISA tested student ability at one point in time, while NCEA measured if a student had achieved a goal by the end of the school year.

"It's not unusual to see differences between these two measures. NCEA is probably a much more comprehensive measure of how kids have gone against the curriculum and how their overall achievement has gone." 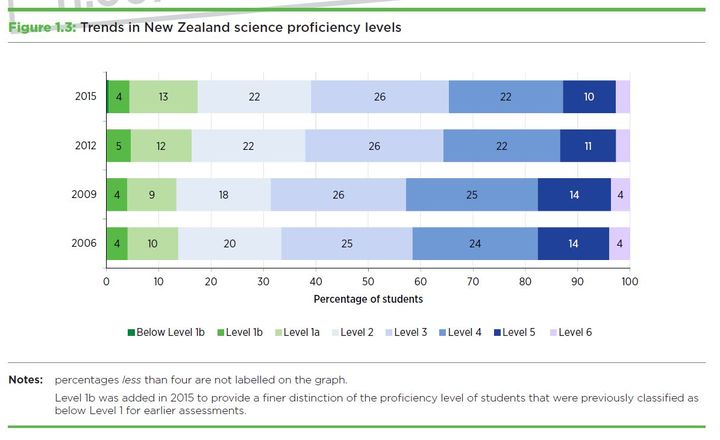 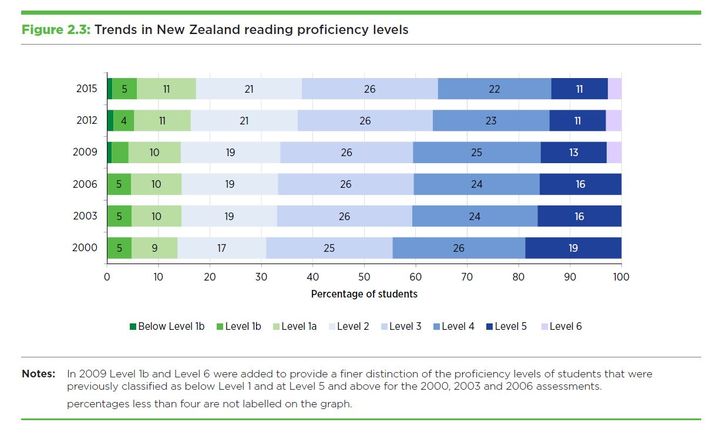 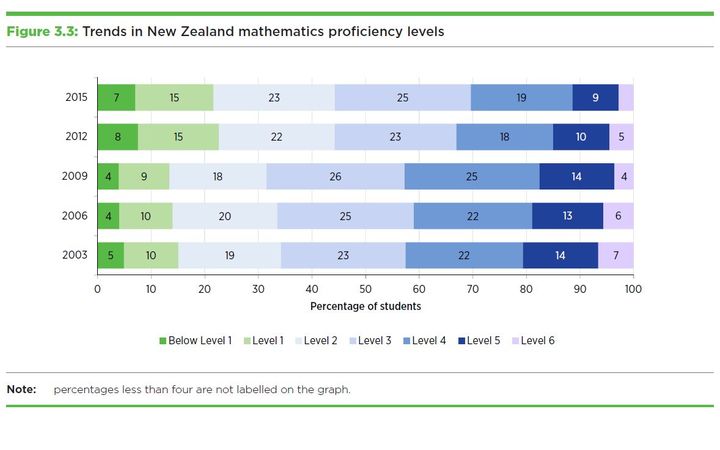