Two cases of contamination with needles are believed to be isolated incidents, the New Zealand Food Safety boss says. 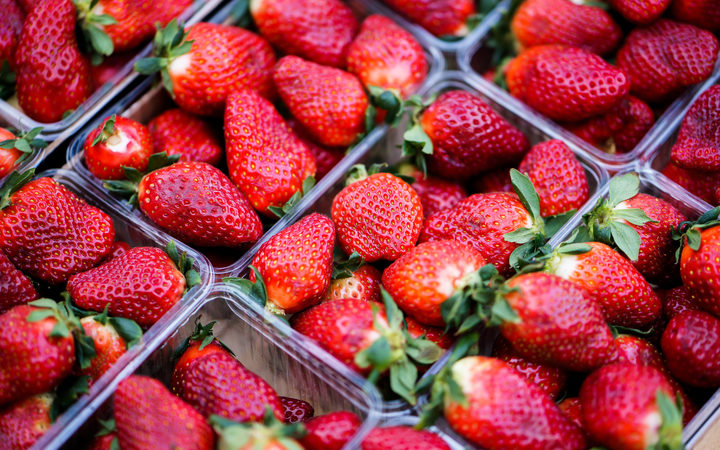 A needle was discovered inside a strawberry punnet in the South Island over the weekend. Photo: 123RF

A needle was discovered inside a capsicum in Tauranga yesterday, and one inside a strawberry punnet in the South Island over the weekend.

Ministry For Primary Industries food regulation director Paul Dansted said there was no reason to believe it was more widespread.

"The incidents we have in front of us are two, what appear to be, isolated incidents," Mr Dansted said.

"They were both withdrawn from the shelves pretty quickly and they do appear to be unrelated and we've handed those over to the police and they're going to investigate."

He said growers were taking extra care with the best season for strawberries in New Zealand just around the corner.

"They're scrutinising their supply chains but at the end of the day what's been suggested here is a potential criminal matter and it could be happening at any stage in the supply chain.

"The growers are of course going to be concerned when these things pop up and they're really, really busy. They're trying to get their product through ... obviously they want to put the consumer first, but it's a busy time for them."

Countdown yesterday said it notified the police and the Ministry for Primary Industries after a customer found a needle in a capsicum at a Tauranga store.

Police said a customer purchased the punnet of strawberries on Saturday morning and reported they had been tampered with that evening.

FreshChoice Geraldine confirmed that a strawberry punnet with a needle in it was purchased from its store.

The Ministry of Primary Industries said the person who found the needle was not injured and the supermarket took all strawberries off its shelves as a precaution.

This is the second such incident in New Zealand in recent months.

The case follows a contamination crisis in Australia where its strawberry industry was brought to its knees after several punnets of strawberries were found with sewing needles.

A 50-year-old Queensland woman is facing court after being accused of inserting needles into the strawberries.

The scare began in south-east Queensland in September with more than 100 incidents of needles reported around Australia, as well as an isolated case in New Zealand.

Although many of these turned out to be hoaxes or false alarms.

As Australian authorities launched their investigation, consumers were urged to cut up their strawberries before eating them.