An Auckland strawberry grower has forked out more than $20,000 for metal detectors, after needle-ridden strawberries were found in New Zealand.

On Sunday, three needles were found in one punnet of Western Australian strawberries at an Auckland supermarket.

It was still unclear where the needles came from.

Australia's strawberry contamination crisis comes just as New Zealand growers are about to put their fruit on the market.

A large silver tin shed sits at the entrance, that's the pack house, and 29 fields lined with rows of strawberry plants surround it.

The farm's owner, who goes by one name, Boman, has run the place for nine years.

In two weeks 150 of his workers will start the harvest.

"We pick [the strawberries] in the early hours of the morning, so ideally we try to have all of our fields picked before... midday, one o'clock and they'll be picked here, and scanned and sent to the packhouse," he said. 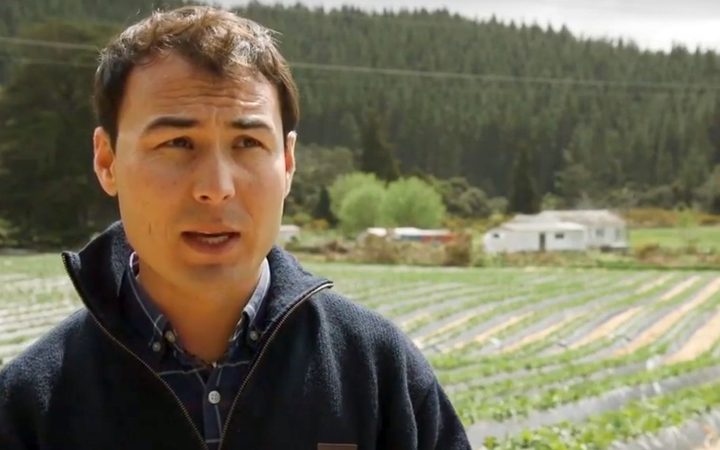 Police in Australia have been investigating more than 100 reports of contaminated fruit, many of which are believed to be hoaxes and copycat incidents.

And every Australian strawberry now has to pass through a metal detector before it can be exported.

The same regulations have not been imposed on the 150 New Zealand growers - but Boman was not taking any risks.

"So, we've invested in metal detectors, which will be installed here before our season starts and everything that's been picked and packed will be examined.

"We'll be adding additional surveillance cameras to capture everything that goes in and out of our cool stores," he said.

Despite spending more than $20,000 on the new security measures, Boman is certain the strawberry sabotage crisis won't happen here.

"Some might think that it's over the top, but I think it is better to be ready to ensure our industry is not put into a chaos like what's happened in Australia," he said.

It's a crucial time for strawberry growers - the harvest season has already started for some and it's about to start for others.

The Australian industry, worth about $AU130 million annually, was hit at the start of its season.

The scare prompted product recalls and forced growers to destroy their crops.

If the situation here reaches the same level, the $35m New Zealand industry will be hit hard, Boman said.

"It'll have a significant impact on our financial ability going forward, and not just for us, I think right across, from the growers mainly, retailers will be affected and there will be many employees.

"We've got people here whose whole family relies on them."

The maximum penalty for contaminating food in New Zealand is ten years' imprisonment.