The Department of Conservation (DOC) will move eight whales stranded on a Northland beach by trailer, in an effort to refloat them to sea. 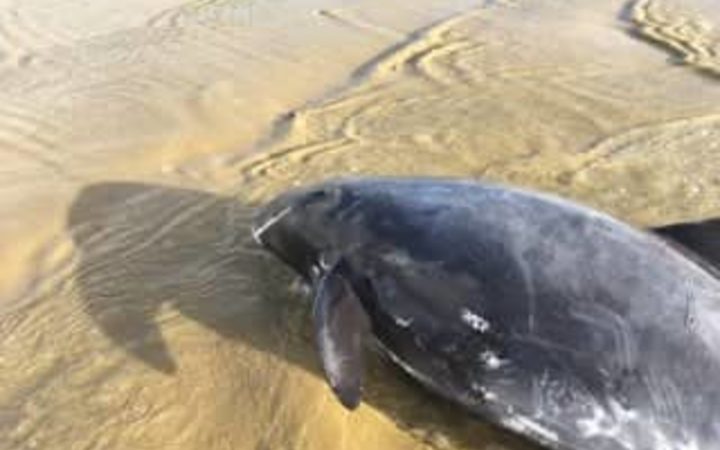 Poor weather conditions have hampered efforts to refloat them.

DOC operations manager DJ Neho the whales will be moved to Te Rarawa Beach on the East Coast - an 18 kilometre trip.

The whales will be lifted by a special frame onto trailers filled with straw, and covered in wet sheets.

Attempts will be made to refloat the pygmy whales tomorrow morning.

Volunteer marine protection group Project Jonah says a member of the public found the mammals spread out over a kilometre along the sand at 8.30pm last night.

The man and his family had to abandon efforts to refloat the whales last night, as the tide was close to cutting them off.

It's unclear what caused the stranding.

The whales are a tropical breed and it's very rare to see them in New Zealand waters, Project Jonah spokesperson Daren Grover said.

"This is a species we are unfamiliar with."

"Having this number of animals come up together, suggests they are a family pod. They all would be travelling together, living together and socialising together in the ocean."

Mr Grover said it was likely that rising sea temperatures were encouraging some breeds to travel further out of their usual grounds.

"Last year we had some record coastal temperatures. It could be the start of us seeing more unusual species visiting New Zealand shores."

Only one pygmy killer whale had stranded and died in New Zealand before, he said.

Volunteers and Department of Conservation staff had hoped to refloat the surviving members of the pod on the midday high tide, but conditions became too dangerous.

Mr Grover said the whales were in "reasonably good shape" and there were high hopes they will survive once they are returned to the sea.

He warned local volunteers who wish to help to avoid driving onto the beach within two hours of high tide because their car will get stuck.