An advertisement for Kinder Surprise chocolate does not break advertising rules for children, the Advertising Standards Authority (ASA) has decided. 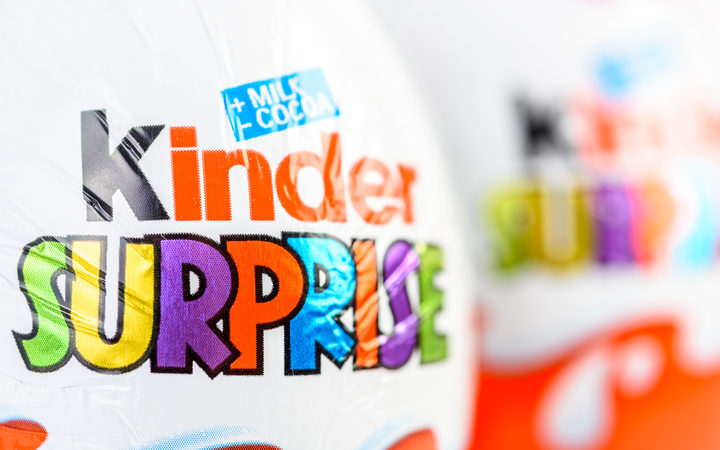 Kinder chocolate can continue being advertised as "made especially for kids". Photo: RADU BERCAN/ 123rf

An Auckland coalition that advocates for better nutrition, Healthy Auckland Together, complained about an online video and television commercial, which depicts a mother and her two children trying the chocolate.

It includes the tag-line "Kinder chocolate is made especially for kids".

Healthy Auckland Together is made up of representatives from local government, the regional public health service, iwi and other health organisations, and aims to reduce high rates of child obesity in New Zealand.

The ASA decided the ad contravened two criteria, because it was for an occasional food and it was aimed at children.

"However the panel ruled that it hadn't been placed where a significant proportion of children would see it, as the ads were not shown in children's content on YouTube," Dr Hale said.

Despite filters to reduce children watching the ads, many children still accessed media through parents' smart devices and did not just watch children's content, he said.

"The ASA is saying an ad can be obviously appealing to children and marketing junk food, but is okay so long it is not outside the school gates or on after-school television."

The Authority was putting advertisers' interests before children, who were susceptible to junk food ads, he said.

In 2016, the previous government required the industry to strengthen the Children and Young People's advertising code in line with the Childhood Obesity Plan.

But Dr Hale said industry self-regulation was not working and government-led regulation of marketing to children was required.

The number of ads children were exposed to needed to be monitored and a strong code was needed that including marketing in new forms of media, Dr Hale said.

With a third of children in New Zealand classed as overweight or obese, the matter was "urgent", he said.

"We know this is contributing to the over-consumption of sugary and high fat foods and to teeth extractions and excessive weight gain."

Kinder's parent company, Ferrero, said the advertisement was clearly marketed toward the food buyer or caregiver in the household.

"This is reflected in the time slot, messaging, claims, and visuals in the overall presentation of the advertisement as well as Ferrero's internal instructions to our creative and media agencies, including that the creative target is mums with kids and the media target is household shoppers aged 25 to 54," it said.

The authority agreed with the company, but said the chocolate was an attractive product to children.