Guaranteeing gas supply could prove the stumbling block for a $1 billion project being mooted for Taranaki, according to New Plymouth MP Jonathan Young. 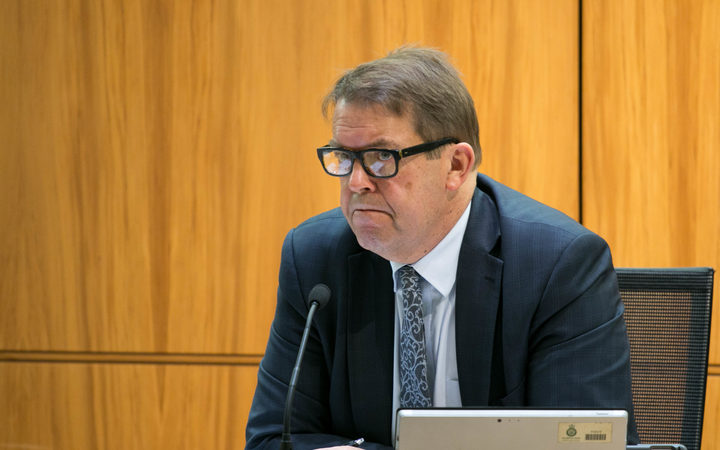 Regional Development Minister Shane Jones let slip over the weekend that overseas investors, 8 Rivers, were looking at building a world-class plant in the region that would use clean energy and generate a significant amount of new jobs.

Mr Jones told Newshub the $1b project would "create hydrogen and an output of urea".

Mr Young said he had heard 8 Rivers were interested in coming to Taranaki.

"They are a group of very motivated people who have developed some excellent technology that is able to use hydrocarbons but be CO2 free in terms of emissions.

"They capture it and they use that CO2 in other industrial processes as well as sequest it."

"They are interested in generating electricity, making urea and in that process of course, manufacturing hydrogen and ammonia so that's the kind of product line they can deliver.

"All of that would be welcomed in Taranaki. I think the region is positive about seeing expansion in this particular industry. It's been our past and we've got fantastic resources in terms of technology and engineering to make something like this happen."

Mr Young said in light of the Government's decision not to issue any more offshore oil and gas exploration permits, securing gas supply could prove a problem for 8 Rivers.

"They do have some challenges I think around gas supply and that I think is going to be the deciding factor. It's a big project and we are living in an environment right now where hydrocarbons have a measure of suspicion by the Government so it's go a long way to go."

Mr Jones was not willing to comment further today, instead referring questions back to the region's local authorities who had been promoting the 8 Rivers Project and seeking feasibility funding from the Provincial Growth Fund.

New Plymouth Mayor Neil Holdom said 8 Rivers were interested in the region but could not go into any detail.

"What I can confirm is that Taranaki is being considered for a world-class clean industrial facility that would drive significant job creation. Further details are not being shared publicly."

Its chief executive Andrew Clennet said Hiringa had been talking to 8 Rivers.

"Opportunities such as the 8 Rivers Project could provide significant industrial development activity for the Taranaki region together with export potential," Mr Clennet said

"To unlock these sorts of opportunities we need to overcome some key challenges such as gas supply and ensuring the CO2 produced can be viably captured and stored in the Taranaki region.

Mr Young said the discussion about carbon capture and storage had yet to be fully explored in New Zealand.

"Certainly there's a real issue around the Resource Management Act and Exclusive Economic Zone Act in terms of carbon capture and storage. We (National) are definitely interested in progressing that legislation so that's a technology available to the hydrocarbon sector.

"And the debate then is whether it's about emissions or about the sector. We believe if it is about the emissions then a carbon capture and storage technology available in New Zealand would be a good thing. Companies already pump CO2 into the wells as part of their processes so it's not anything that is new it's just the permitting of it that needs some work."

No one spoken to by RNZ was willing to go into detail about the specifics of the 8 Rivers Project, but in 2017, fertiliser co-operative Ballance Agri-Nutrients ditched plans for a $1b rebuild of its urea plant at Kapuni.

After a two-year study of its options including developing a new low-carbon greenfields site alongside its current plant it opted for "staged reinvestment".

It wrote down $17 million in project costs in the process.

8 Rivers declined to answer RNZ questions saying it would release more information when it was ready to make an announcement.