The government will try to force New Zealand's professional engineering body to resume its investigation into the civil engineer responsible for the collapsed CTV building when it goes to the High Court on Monday. 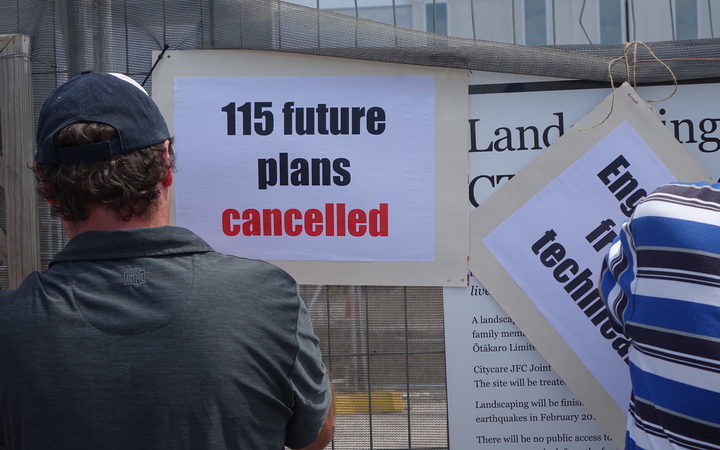 115 people died when the building was destroyed in the 2011 Christchurch quake.

The engineering firm responsible for the building's design was owned by Alan Reay.

In December 2012 a complaint was made by the Ministry of Business Innovation and Employment's (MBIE) chief engineer to the Institute of Professional Engineers (IPENZ) about Dr Reay, and the design and construction of the CTV building.

Dr Reay was a member of IPENZ but resigned in February 2014.

After this, IPENZ decided not to pursue any disciplinary action against him as it considered it no longer had jurisdiction to deal with a former member.

A High Court decision in September 2014 regarding David Harding, the other engineer involved in the design of the CTV building, ruled that an investigation and disciplinary hearing could continue even when a member resigned.

In March 2015 MBIE sought a judicial review of the decision not to investigate Dr Reay. 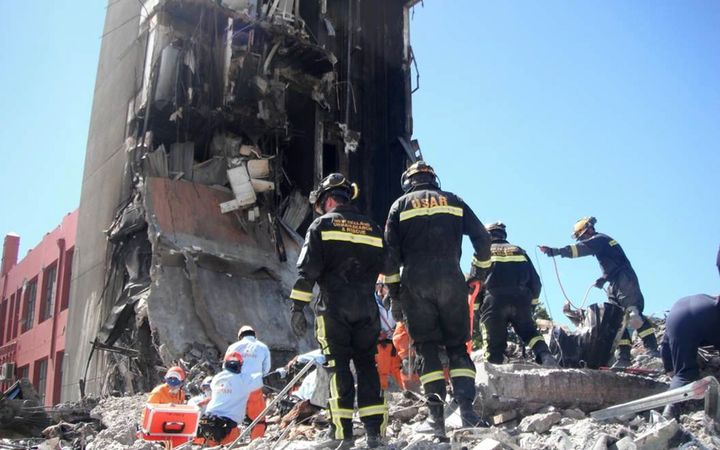 Rescue teams on the scene of the CTV building collapse in 2011. Photo: AFP / USAR

The Housing Minister at the time Nick Smith said the collapse of the building rated as one of New Zealand's worst engineering failures.

"We owe it to the memory of those who lost their lives to hold those responsible to account for the building's flawed design, and to ensure every possible lesson is learnt by the engineering profession to minimise the future risk," he said.

"We believe the decision to drop the investigation into Dr Alan Reay after he resigned from IPENZ was flawed."

The CTV Families Group backed the move and said it was important that the High Court address this, and test the mandate of a building sector professional body in disciplining one of their members, regardless if they have resigned.

The review has been set down for three days in Wellington.

MBIE advised the group of the upcoming review in a letter.

"As New Zealand's building regulator we think it is important that the High Court address this, and test the mandate of a building sector professional body in disciplining one of their members, regardless if they have resigned."